Eliud Kipchoge’s feat proves it can be done

Editorial
Going forward there will be no mention of marathon greats without invoking his name. 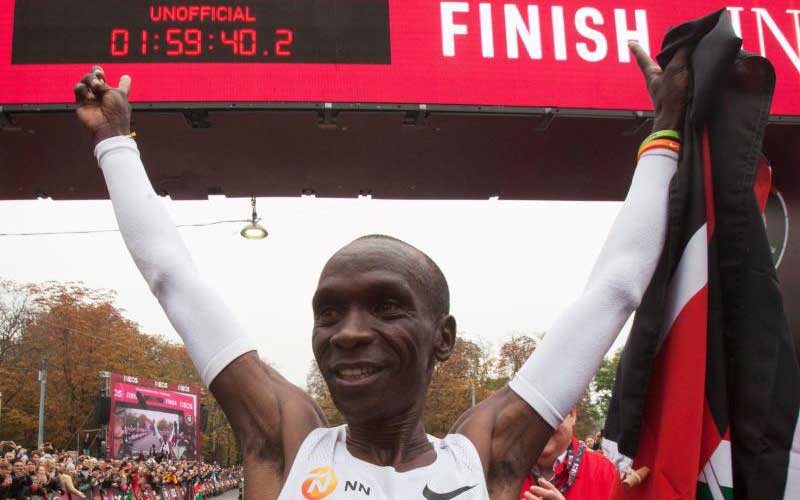 By running the marathon in under two hours for the first time in humanity, Eliud Kipchoge (pictured) has made sporting history. By hitting the track in Vienna, Austria and shattering the mythical two-hour barrier, Kipchoge has proven that indeed there is no limit to human ability. Going forward there will be no mention of marathon greats without invoking his name.

But as the athletics world ponders the possibilities that Kipchoge has opened with his feat, and Kenya basks in the glory, we should also ponder the symbolism of it all. Beyond sport, Kipchoge’s breakthrough should offer vital lessons in life and in leadership. That the most skillful marathoner needs factors outside of him to achieve greatness. That with good planning, leadership and dedication we can surmount even the most insurmountable challenges facing us as a country. Kenya has no shortage of them. We are in a fight against corruption that seems to have stalled, unemployment, poor leadership, a growing divide between the haves and the have nots. While the desire might exist among the citizens, the country requires leaders with the single mindedness of athletes like Kipchoge. Often times we end up failing because of inadequate planning and the lack of a single mindedness that is required. All these problems could be countered if we plan appropriately and had the will.