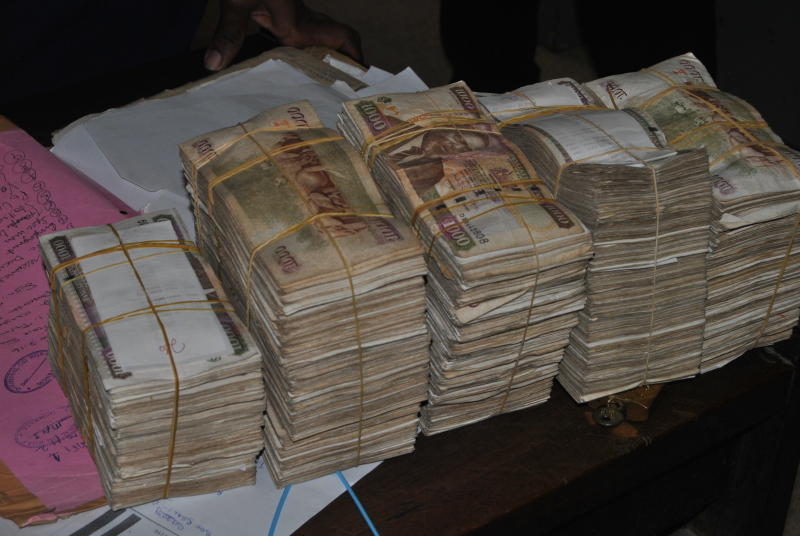 Maina did not expect the cigarette seller at one of the smoking zones in Nairobi’s Central Business District to reject his old Sh1,000 note. To begin with, the trader was an old acquaintance of his, and there were also more than 20 days left before the old currency ceases to be a legal tender. But the trader politely declined the hitherto popular banknote. The same fate awaits those who intend to pay for their Visas to America using the old banknote. Unlike the rest of the economy, this currency will cease to be a legal tender within the premises of the US embassy in Nairobi much earlier: September 13, 2019, to be specific.

And this is how the US embassy sums up its explanation for the self-imposed deadline on the old Sh1,000 notes. “This is due to the directive of the Central Bank of Kenya (CBK) that Sh1,000 notes of the old design will no longer be legal tender on October 1, 2019.” Such self-conceitedness can only come from the world’s most powerful nation; you think? Well, Kenya’s neighbours - Uganda and Tanzania - did not even have to wait as long as the US Embassy. And immediately the CBK Governor Dr Patrick Njoroge made the announcement on June 1, the two countries, working together with CBK, declared the old Sh1,000 notes persona non grata within their jurisdictions. “The CBK has suspended currency conversion and repatriation of all Kenyan currency to restrict illicit flows into the Republic of Kenya. Further, the Bank of Tanzania has been advised to freeze CBK currency collection account with immediate effect,” said Bank of Tanzania’s Directorate of Financial Sector Supervision in the notice to banks on June 10.

Of course, the old Sh1,000 banknote is still a legal tender, but the market is rejecting it earlier than anticipated. Once a much sought after currency, the elephant-bearing banknote is fast turning into a skunk whose putrid odour nobody wants to walk around with. And this is sweet music to the ears of the CBK Governor. His campaign to get Kenyans to exchange, rather than transact with, the old Sh1,000 note has become a permanent feature on the front pages of every local newspaper. Dr Njoroge’s wish is for every Kenyan to follow the example of the cigarette seller and US Embassy and stop accepting the old notes, just as matatu touts wouldn’t tolerate being paid fare in Sh1 coins. “Don’t forget to give your children pocket money and or school fees only in the new Sh1,000 notes. You don’t want them inconvenienced on closing day, after the deadline,” said CBK in a tweet. The apex bank also encouraged employers who pay their workers in cash to do so in the new currency. He wants people to walk up to a Kenyan bank and swap the old notes with new ones. But as the Swahili would put it, the bank is like a mousetrap, it will net both culprit and the innocent.

With close to Sh25 billion worth of currency that was outside of the banking system finding its way into the banks a month after the announcement, critics fear that this might have included dirty money. In June, money in bank accounts increased by Sh50 billion as of this cash combined with the payment of pending bills to shore up liquidity. The increased liquidity has seen the weakening of the Shilling from about 101 to a peak of 104 against the dollar, as more of the local unit chased fewer greenbacks. Dr Njoroge does not, however, think that demonetisation will impact inflation, with prices increasing as more Kenyan Shillings chase few goods. So far, available data has vindicated the apex bank boss as the key indicator of demand-pull inflation - more money chasing fewer goods - non-food, non-fuel inflation, has not picked. Shilling value

SEE ALSO: Relief for borrowers as CBK retains key rate at 7.0 per cent

But the weakening of the Shilling means expensive imports such as petroleum, machinery, fertiliser, pesticides, and clothes. This in effect means increased cost of living. The CBK boss insists they are watching every transaction, putting a red marker on suspect deals and forwarding names to investigators. “We have shared the information we have gathered so far with the Directorate of Criminal Investigations (DCI) for further investigations. Our role as the regulator is to work with the investigating agencies to ensure that we achieve our goal,” Dr Njoroge said during a TV interview. There are serious loopholes, of course. For example, some women in Maringo Estate, a Nairobi suburb told Financial Standard of a nondescript company that had its operations at Nacico Plaza along Ladhies Road which was giving women groups loans of between Sh400,000 and Sh1 million in the damned notes. Some Boda Boda operators in Githurai, Kiambu County, have also received loans of Sh60,000 in the old currency. The lenders have given terse instructions that they are paid back the money in new currency after the dust on demonetisation, withdrawal, of Sh1,000 note has settled down. No wonder CBK Governor has in recent times been hard on unregulated microfinance institutions and mobile lenders, describing them as conduits for money laundering.