Sh6b to improve facilities in schools 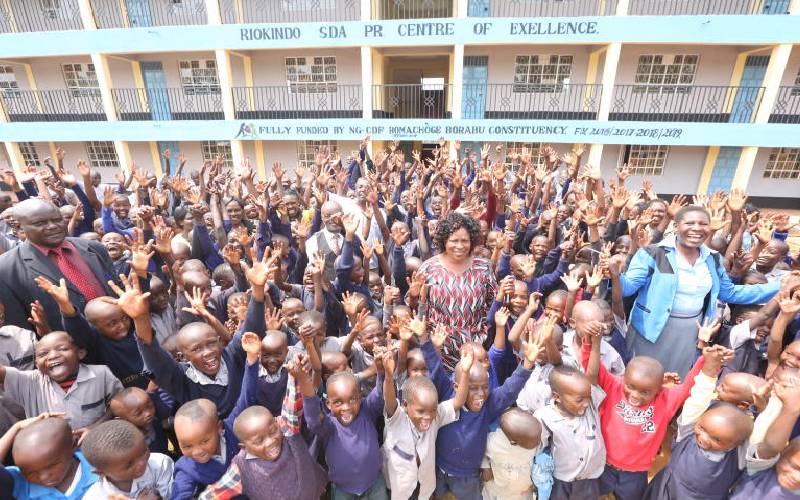 The Government and the World Bank will jointly spend Sh6 billion to improve infrastructure in selected public primary and secondary schools. Education Cabinet Secretary George Magoha said the Government has allocated Sh1.5 billion in the 2019/20 financial year to improve schools in marginalised areas in 30 counties. “This will be done under the auspices of secondary education quality improvement project,” said Prof Magoha.

Jaime Oberlander, Kenya USAID Deputy Director, said joint efforts by the Kenya and US governments have improved the English and Kiswahili performance for more than seven million children in grades 1, 2 and 3 “We look forward to working together with all stakeholders in education to help all Kenyan children learn and be able to compete in the global arena,” she said.  Elsewhere, the Eighth National Science Week closed at the weekend at the Kenyatta International Convention Centre in Nairobi, with Government affirming its commitment to support innovation among students.