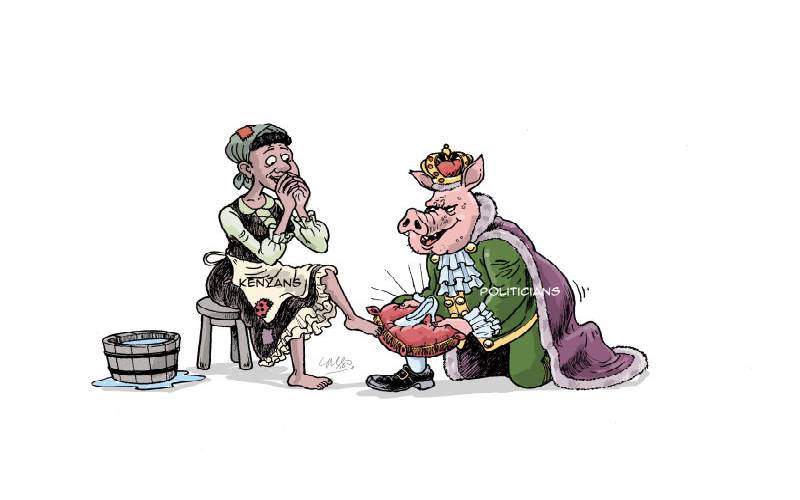 Any good story has a few basic tenets that make it work. Such a story must have a moral, a villain, a hero and a problem to solve. From Cinderella to the legend of Zorro, we find the same tenets woven through the fabric of the stories. What is interesting though, is that most successful countries have a similar approach. They have a common enemy, who poses a common threat and they have heroes who defend the people. The heroes are expected to have a certain moral standing to be acceptable. In the USA, the enemy is always a foreign power that has gone rogue. The hero is always the sitting president. The problem is always how handling the particular foreign power will make Americans safer and wealthier. Kenyan Cinderella

Whether Republican or Democrat, this story is repeated over and over and the people know what to expect. American lives and American jobs are all that matter to them and when they chant USA, they have no doubt in their minds what that means. In their minds they are Cinderella and the president a prince who will fight the enemy who threatens them and bring them wealth and prosperity. In Kenya, however, our story is mixed up. We, the Kenyan Cinderella, have made heroes and villains indistinguishable, for their morality is twine. The problems we need to solve are not settled in our minds and the villains are amorphous things called cartels and the other tribe. In Kenya, only a handful, if any, national leaders are not corrupt. Few leaders can be described as paragons of virtue. Most leaders have stains and so we seem to choose leaders from a pool of villains. Once we have picked a rotten head, the rotting of the fish, us, is guaranteed. Many of the governors, who are now giving us sleepless nights, were obviously inept villains before the vote, but in our ignorance, we picked them and acted surprised when they visited their vile villainy upon us. This same scenario awaits us in 2022, and our villains are now flocking churches buying redemption with money, hoping to fool the sheep that the wolf has turned saint. We the sheep feverishly feast on the money forgetting its only purpose is to fatten us for the slaughter.

As a nation, we also can’t agree which problems we need to solve, we do not know whether to fight corruption, develop the country via the Big 4 and Vision 2030 or whether making peace between us is a good idea. If you ask the average Kenyan whether the war on corruption is real, many will cast doubts because their heroic villains told them it is a one-sided fight against them. The question lingers though, how can they fight you by investigating a crime? If investigations find evidence that you are a thief how does that become targeting? Those who claim to be targeted are also guilty of many crimes. But since in Kenya villain and hero is the same thing, we ignore such pesky details. After handshakes and hugs, our villainous heroes for 2022 will continue calling each other witches and thieves. Insulting and branding each other useless is the order of the day. Then we argue all day long as to whether the peace the handshake brought was worth it or not. Those who decried the nuisance of opposition calling out government on its excesses now still complain that the same opposition is now helping them implement agendas, including the fight against corruption. We are an insane nation led by the apostles of chaos. In the West, leaders speak daily about the economy, job numbers and  investments that would transform their countries. In Kenya we spend hours discussing who will win in 2022 but we have no idea what they want to do or will do should they win. Hunger pangs

Our story has no agenda, no morality and no heroes. Because when they tanga tanga and kieleweke, none of them bothers to tell us how far we are on Big 4, no one tells us when our budget will balance and when we will be debt-free. No one bothers to tell us when we will become a first world country or when we will stop feeling hunger pangs. We are Cinderellas choosing a prince who has no palace of pleasures to take us to and we don’t care. Most of our heroes are thieves, lords of corruption and masters of impunity. Yet we keep on electing them to keep the treasury safe, to catch the corrupt and tame impunity. We are a collective joke. Cinderella would never have let the prince put that slipper on her if she wasn’t sure she would be lifted out of poverty, ridden on a shiny, white horse to the palace where she would live happily ever after because the prince was well mannered and of high moral standing. The Cinderella that is the Kenyan voter has no such high standards, she wants a prince who has horrible morals, an abusive track record, to put his slipper on her, take her to a badly run corrupt and pathetic future where she will live unhappily ever after and for this promise she dances and sings to the tune of the wolf. I weep for Kenya, for she is like a foolish Cinderella who does not distinguish between hero and villain or her captor and her lover. Mr Bichachi is a communication consultant. [email protected]