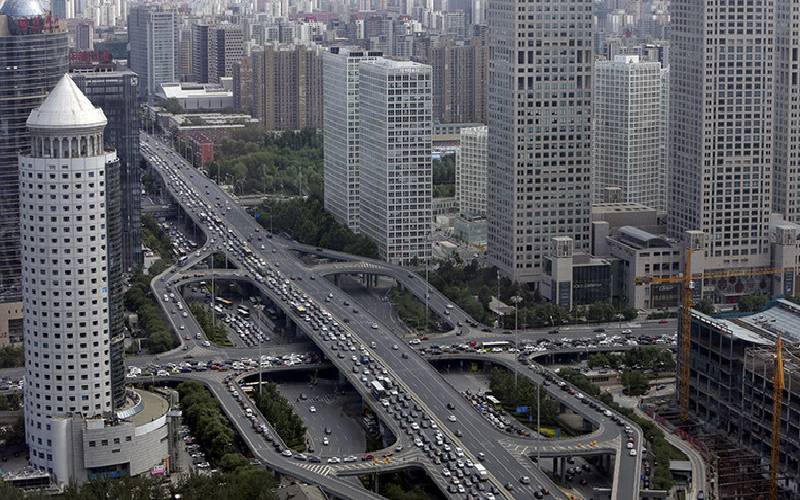 When Italian explorer, merchant and writer, Marco Polo and his family visited China in the 1260s, he recounted that China had ‘all great things like’ silk. He recorded that inhabitants of Kashgar, a city in China, lived by trade and industry, and that the soil was fertile for cultivation of cotton and vine. He stated that the country was the source point for traders who marketed their goods around the world. China today has once again occupied this position in global trade and is set to deepen its entanglement and dominance in global exchange of goods and services. The question however is, how has China managed to revive its global dominance? The answer to this question starts by recalling that all men are created equal, as Thomas Jefferson put it, but that this equality ceases at birth since each man is born into different circumstances and with dissimilar endowments and capabilities. National instability Connecting this to the role of government, the other question is; how should governments ensure the differences that arise out of the circumstances of birth are mitigated for stability and prosperity of the entire nation? The premise of this argument is that unequal growth and development in society fosters national instability, and that it is only when national instability is eliminated that a nation can engage in any meaningful international economic relations.

SEE ALSO: An all-in battle against Covid-19 in Beijing

Ancient thinkers have repeatedly interrogated the thought of organising human-to-human relations. While most have taken a material dimension to it, a few have emphasised the primacy of the spiritual aspect. However, philosopher Confucius attempted to strike a balance between the spiritual and the material aspects. Tactfully, Confucianism has been sidelined in political theory and discourses in major parts of the globe, except in China where it takes central stage. This sidelining led to the divergence in approaches in state governance and, in the process, pitted the West against China. While the dominant practice in the western system of governance emphasises property rights of the individual, the Chinese model puts into consideration the rights of the collectives: That the entire society acting in co-operation should be protected and have access to property and good living standards. Following up the notion of socialism with Chinese characteristics, the government directly and indirectly helps alleviate poverty. According to a World Bank report, China is on course to eliminate poverty by the year 2020. Karl Marx once wrote that “no social order ever perishes before all the productive forces for which there is room in it have developed”, and that no new higher relations of production appear “before the material conditions of their existence have matured in the womb of the society itself.” Having nearly achieved poverty eradication, China has now embarked on what it is calling “high quality economic development” in which it is poised to become a world leader in science and technology, research and innovation. There are deliberate efforts to steer the country to a higher value chain production where ‘made in China’ will dominate the quality domain on the international market.

The West is hesitant to acknowledge that liberal democracy is not as good as ‘socialism with indigenous characteristics’ in resolving development issues in a society. Therefore, the idea that China should change its system of political and economic governance is irrational, given that the system is serving the very functions of a government. It is well known that Western pursuit of system change in China has the objective of serving Western interests. The welfare of the people of China is well taken care of by the current system, and if the results are to go by, the USA should consider adopting socialism with American characteristics and engage, in earnest, in developing its economy without exploiting other nations through capital pillage via private corporations. A delegation of representatives of Think Tanks and scholars from developing countries in Africa, Latin America and Asian toured China as part of people-to-people exchanges. The members were taken to various innovation centres where research and development of high tech and high-end products is ongoing. They also visited a village where prototype housing and modernised agricultural production are happening.

Company owners and executive officers explained the link between CPC, local governments and the people to develop with the objective of meeting the Chinese dream of people sharing equal opportunities; enjoying the excellence of life by carrying forward the Chinese spirit; and pooling together their strength to achieve their collective development goals. Innovation centres To achieve this, CPC laid out five major development concepts in 2015: Innovation in science, technology and culture; coordinated development to achieve a balanced development between areas and regions; harmonious green development between the people and nature; deepening of integration into the global economy and pursuing a shared development internally and globally. The delegation concluded that China has ‘all great things like’ fully functional and self-reliant innovation centres; a modernised agricultural production system; a vibrant cultural heritage; a well-organised and disciplined political party focused on uplifting the living standards of its people, and many more. The members also concluded that a country does not have to be governed under the liberal democratic ideals to succeed. Other political philosophies are valid and can work.