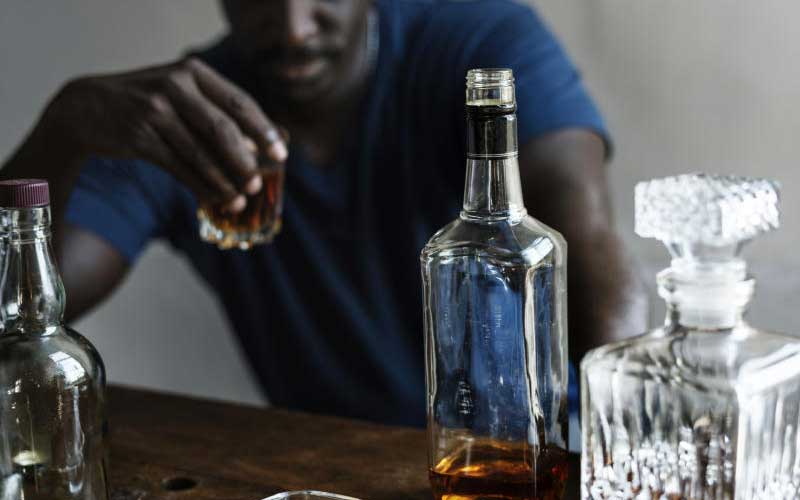 Last week, the media ran a story about a certain Member of Parliament who showed up thoroughly inebriated for a meeting on effects of illicit brew in his village. It is somehow ironical and comical that the said MP hoped to achieve anything meaningful in his drunken state. As usual, we Kenyans frowned upon that behaviour because most of us like to debate and pontificate about the damage wrecked upon us by illicit brews - the kumi kumis and kanes of this world. Most of us like to adopt a holier than thou attitude for we like to fool ourselves that we are in control of our booze habits and cannot be possibly as bad as the villagers. Most of the so-called working and middle class folks like to believe they have no drinking problem. The truth of the matter is that we have what I like to call very many ‘functional drunkards’ among us. Here are a few ways to identify them in yourself or in others. To start with, these functional drunkards like to hide under the fact that they are part of a passé of ‘boys’ or even ‘professionals’. These ‘boys’ are no younglings- the youngest groups are usually in their early thirties with some older ones being in their sixties. Ages may differ, but behaviour patterns are the same for every ‘boys’ gathering is usually some excuse to drink a lot. These boys have a misguided belief that they are the ‘it’ crowd in the city- some because of their parentage, others because of their jobs and others because of who they know. So these ‘boy’s give themselves names and labels that make them sound adventurous and exciting - names like the Musketeers, Wamlambezz, Shark Attack or even In Cahoots. These names are used to book plum positions in pubs or ensure they jump the queues for nyama choma or car wash waiting time. The members of these ‘drinking clubs’ are usually so full of themselves they rarely allow outsiders into their group feeling elitist in their liquor. There is never lack of conversation when the ‘boys’ meet- they will discuss everything from maize shortages, Donald Trump and even the best pills for erectile dysfuntion. All this cannot hide the fact that these ‘boys’ are just drunks. Credit facility The second thing about these functional drunkards is that they have good ‘booze credit.’ This means they keep good accounts in certain pubs and joints where they can drink on credit and sort things out when they have money. These functional drunkards like to say they are loyal to these pubs- but the truth of the matter is that it is the credit facility that keeps them coming back. Whenever they run into credit headwinds, these drunks quickly shift pubs leaving a trail of unpaid bills behind them. To ensure they are credit worthy, these middle class drunks always ensure that they are in good books with the pub owners and the bar men and women- those who can overlook outstanding bills to ensure they get a drink. So if you notice that either you or your friends have well-established booze credit in the city- then you might need to evaluate your functional drunkard status. Common drinking folklore tells us that alcohol should ideally be consumed after 5pm (on weekdays) and after 2pm (on weekends)- of course with the exception of the occasional glass of wine at lunchtime. Functional drunkards do not abide by this rule and they like to laugh their drinking away by saying- it is 5 o’clock somewhere in the world. These functional drunkards drink anywhere anytime and see every event as an opportunity. Funerals are a favourite for these drunks as they see the planning meetings as an excuse to offer libations to themselves. There are other symptoms of being a functional drunkard or being in the presence of one. If you notice there are too many dents and bumps on your car following drinking escapades, then it is clear that you drink too much to be driving. If you notice you are using these lines too often “I do not know how I got home” or “my car knows its way home” then you just might be a functional drunkard. There are other signs – temporary memory losses that might mean not recalling how many times you threw up, or peed on yourself, or picked up a fight. Functional drunkards also have issues rising to the occasion, or sleeping on the job- but since they do so in the leafy suburbs, they like to assume they are not as bad as the village walevis. A drunk is a drunk whether he wears rags or Gucci. The surest way to find out whether you or your friend is a functional drunkard is to eavesdrop on what children, househelp and the watchmen say. If you hear your offspring say, “baba/mama yangu ni mlevi”- then chances you are. If you hear your watchmen describe you as the ‘jamaa wa kuingia asubuhi weekends akiwa amegongesha gari” – then you are a drunkard. Be afraid if you also hear the grapevine chats talking about how you “love your drink.” The downside of a being a functional drunkard is that one never believes they have a problem until the day they have no money to access the credit, when the job goes away and they have no clout to join the ‘wamlambezz crew’ or when they fall sick. In my view, functional drunkards are just as bad as the village drunks for after all they are underperforming at work, in the bedroom and in life in general. - [email protected]