Sonko, three MCAs yet to record statements with DCI over militia

Nairobi
The county assembly confirmed that it had received a letter from the DCI. 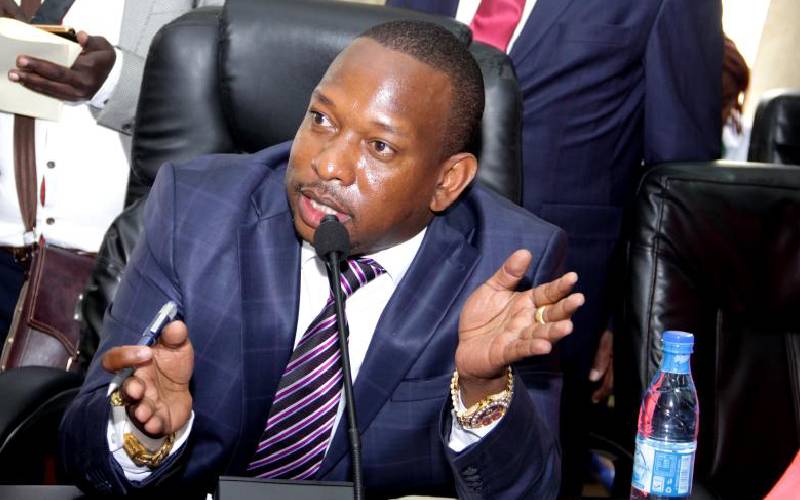 Nairobi Governor Mike Sonko (pictured) and three city ward reps are yet to record statements with the police over claims of a militia group calling itself Sonko Defence Forces. In a letter dated June 7, 2019 written to the Directorate of Criminal Investigations (DCI), police sought to summon Anthony Kiragu Karanja (Waithaka), Ruth Ndumi (Nominated) and Patricia Mutheu (Mlango Kubwa) to shed more light on the said militia's activities. “This office is conducting an investigation into the alleged existence of a militia by the name of Sonko Defence Force. To this end, the office would like to request your office’s assistance in summoning the mentioned members so they may shed more light on the matter,” read the letter signed by Samuel Kobina, the Divisional Criminal Investigation Officer at Central Police Station.

Governor Sonko has denied the existence of the militia, and instead blamed the claims on a PS he did not name who he accused of "creating diversions." “I wish to categorically deny claims of existence of a militia by the name of Sonko Defence Forces,” he said in a Facebook post. The county assembly confirmed that it had received a letter from the DCI. “I think the investigation is stemming from Madaraka Day celebrations where some individuals showed up wearing T-shirts emblazoned 'Sonko Defence Force'," said Majority Leader Abdi Guyo. But the ward reps denied receiving any summons.

“I do not think there is anything like Sonko Defence Forces, but if it is there then I am not involved," said Mr Kiragu. Ms Mutheu said she was yet to understand how her name got into the matter. “I cannot present myself to the DCI yet I have not received any official communication,” she said. Ms Ndumi could not be reached for comment.