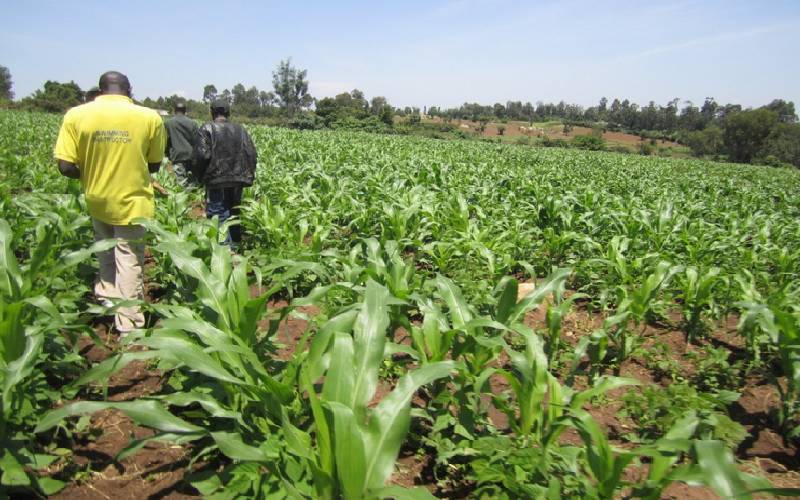 Mombasa County agriculture department has stepped up efforts to increase crop production through freebies. It has distributed tonnes of seeds and fertiliser to 3,000 'vulnerable' farmers in Mwakirunge in Kisauni, Jitoni in Jomvu and Dongo Kundu in Likoni. Four tonnes of PH1 maize, four tonnes of PH 4 maize, four tonnes of cowpeas and assorted horticulture seeds such as okra, onions and spinach formed part of the goodies. County chief officer for Agriculture, Livestock and Cooperative Rosina Wasoi said they also distributed 20 tonnes of fertiliser besides ploughing 600 acres of land this year.

SEE ALSO: Sh1.7b floating bridge to be put up in Likoni

At the same time, the department has focused on urban farming using sacks, basins, balcony and multi-storey gardens to boost food security. “We have deployed extension officers to train farmers across the county and increase production,” Ms Wasoi said. The county administration has also earmarked Jitegemee, Marimani and Zanikeni in Mwakirunge, Mrironi in Jomvu and Nashukuru in Likoni for an irrigation farming plan to ensure food production throughout the year. Ms Wasoi, also talked of value addition for various farm produce to increase incomes for farmers. She said the county had bought three juice extractors and equipment for baking. “We want to establish a value addition centre for farm produce from farmers. The centre will offer storage for raw materials and finished products. We are looking for land to establish the centre,” she said.

Explainer: How U.S. airlines are trying to stop Covid-19 on flights

Explainer: How U.S. airlines are trying to stop Covid-19 infections on flights

The heat's on Corporate America to reveal racial diversity data

The heat's on Corporate America to reveal racial diversity data