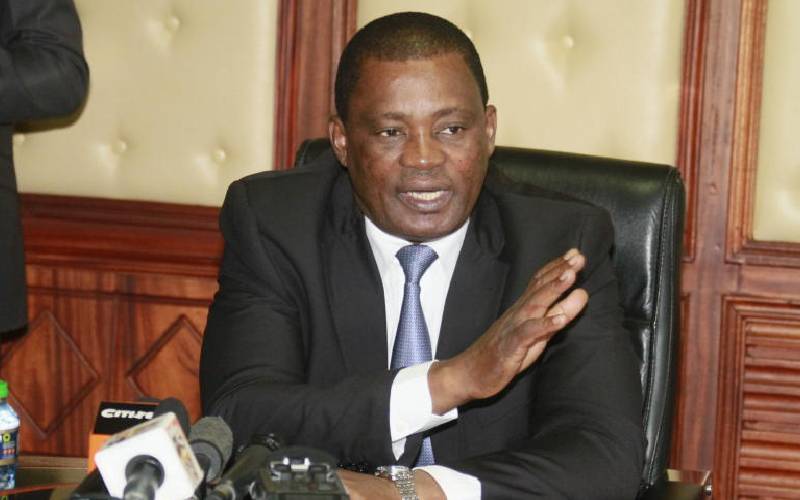 Mr Kirima (Imenti Central) said Muturi was the third most senior politician in the country and deserved promotion. “When Uhuru’s term expires we want the next (President) for the next 10 years to be Mr Ruto. Then number three goes up to number two,” said Kirima.

Mr Mwirigi said the region would support Ruto for presidency and Muturi to deputise him. “He (Muturi) was Speaker in the eleventh and twelfth parliaments and did well. There is a promotion, (and) we will promote you,” said Mwirigi. Mr Murugara said there was need for unity of Mt Kenya East leaders saying some of them, including Senate Deputy Speaker Kithure Kindiki were also eyeing the Deputy President's seat.

Senator Linturi said he was a seasoned political mobiliser and would like to be given the task of mobilising funds for the 2022 campaign for the region. “We have three serious sons (Peter Munya, Kindiki and Muturi). Because we are in the same house we can sit down and agree on one,” Linturi said. But when he rose to speak, the Speaker steered clear of the political debate, but presented Ruto's donation for the harambee, and called on leaders to remain united.

Uniting Luhyas due to politics retrogressive