Eastern
Three workers at the hospital were arrested and charged. 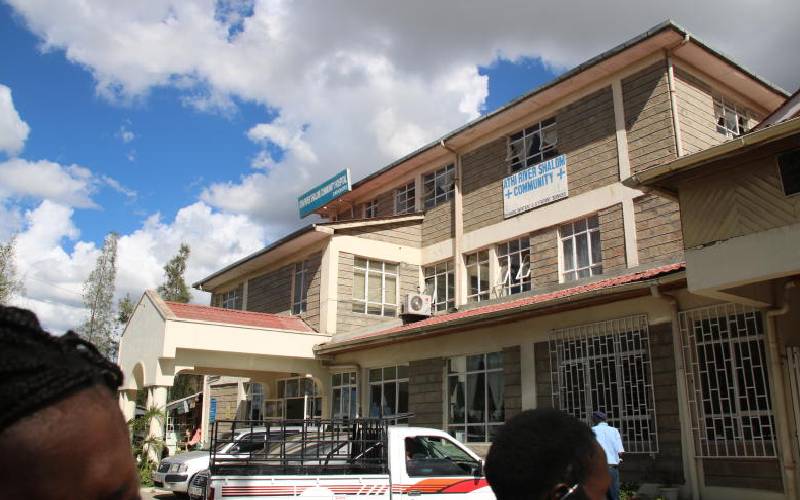 Shalom Hospital in Machakos town has been reopened three weeks after it was closed down over alleged malpractice. A joint team led by Kenya Medical Practitioners and Dentists Board CEO Daniel Yumbya toured the facility on an inspection tour and gave it a clean bill of health. In a statement read by chairperson Eva Njenga the board announced it was impressed by the reforms regarding personnel, equipment and operations.

“The board and other regulatory agencies are impressed by the changesl,” Dr Njenga said. She said areas of concern relating to patient attendance, pharmacy and administration of dangerous drugs have been addressed. Njenga said the board and other agencies will monitor the operations at the hospital to ensure the standards are upheld. “This exercise is going to be continuous so that we maintain the quality of care and avoid deaths. The work of this regulatory board is not punitive but to correct." Njenga added that random inspections will be extended to all other health institutions, whether private or public.

“The board has been given the mandate by the Health Cabinet Secretary to inspect all the health facilities in the country. And in the next 90 days we will release the report." Machakos acting Health executive Ancent Kituku said due process will be followed in reinstating the hospital licence. The hospital was closed after seven-month old Ethan Muendo died after being injected with a morphine overdose. Investigations by the board showed the prescription and administration was wrongfully done. Three workers at the hospital were arrested and charged.