Matungu MP turns himself in as police probe killings 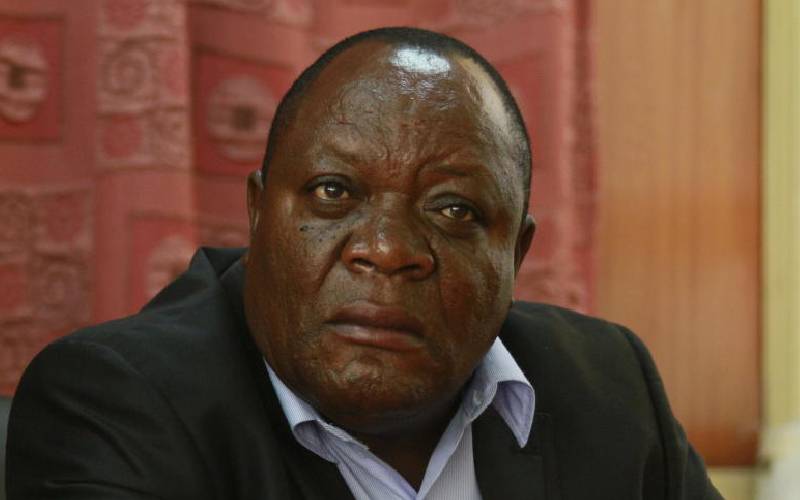 Four high profile suspects have been arrested in connection with the killings in Matungu in Kakamega County. The latest to be apprehended is Matungu legislator Justus Murunga (pictured) who surrendered at Kakamega Central police station. Police had given the lawmaker six hours to present himself to the nearest police station according to outgoing Kakamega criminal investigations officer John Onyango.

Western Police Commander Rashid Yakub confirmed the arrest of Murunga, saying he will be questioned on gang activities in Matungu. The regional police boss said the politician, alongside Kakamega Senator Cleophas Malala, former Sports CS Rashid Echesa and Mayoni MCA Libinus Oduor will remain in custody until Monday. Murunga turned himself in at the police station at around 7am and was led into a private room for questioning. The Matungu killings have left at least 18 people dead. The MP had engaged the police in a cat and mouse game, but opted to surrender at the station after the six-hour ultimatum issued by the police had elapsed.

SEE ALSO: Ruto: Access to my office was a breach of security

Police were reluctant to share details in relation to the arrests. Malala was arrested at Sovereign Hotel in Kisumu on Friday evening by detectives who had been trailing him all day. Attempts by the senator to resist arrest we repulsed by the officers who took him to Kisumu Central police station. The senator’s lawyer, Charles Malalah, said his client is ill. Police however played down the reports.