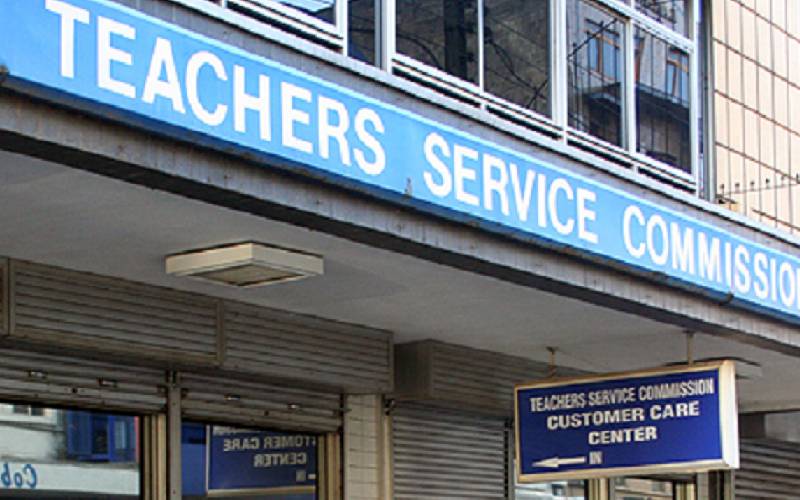 Some 160 teachers in eight counties have been interdicted in a crackdown against teachers resisting the new education curriculum. The interdicted teachers have until May 26 to defend themselves in writing or get fired. The Teachers Service Commission (TSC) has accused the teachers of insubordination, infamous conduct and incitement during the training of tutors on Competency Based Curriculum (CBC) across the country.

The interdicted teachers first received show-cause letters on April 25 and thereafter notified of interdiction on May 3. The teachers drawn from Kisii, Machakos, Makueni, Kilifi, Kwale, Kakamega, Vihiga and Bungoma were given 21 days to defend themselves. Those affected include head teachers and executive secretaries of the Kenya National Union of Teachers (Knut). In Kisii County, some 41 teachers are facing disciplinary action. The interdiction letters signed by TSC county directors direct the affected teachers to vacate office and start reporting to the nearest sub-county TSC offices once a month.

Some of the teachers who have been interdicted have been accused of in-subordinating curriculum support officers deployed by TSC and Ministry of Education to train them on CBC by not honouring the invite for the training. Others have been cited for incitement and storming training centres to eject their colleagues who were attending the training. TSC head of communications Kihumba Kamotho confirmed that interdiction letters had been dispatched to affected teachers. “We now await them to come and defend themselves,” he said. Education Cabinet Secretary George Magoha and TSC Chief Executive Officer Nancy Macharia launched the countrywide training targeting 91,320 teachers two weeks ago.

But the training was disrupted in some areas by teachers who were acting on orders from the Knut which opposes the training.

The union wants the implementation of CBC stopped until all teachers are prepared to handle it. However, Prof Magoha has insisted that the new curriculum which was launched in pre-primary and Grades 1, 2 and 3 in January this year must go on. Union officials have vowed to fight the interdiction in court, accusing the TSC of intimidating teachers. “Let TSC be active in solving teachers’ issues and not intimidating our members,” said Knut Gucha Executive Secretary Lucy Machuki. The Kenya Union of Post Primary Education Teachers (Kuppet) claimed the teachers were interdicted on “orders from above.” “I have visited the County TSC office and they have admitted that the letters were issued after receiving orders from above. It is sad that such a step was taken,” said Kuppet Kisii branch executive secretary Omari Otungu.