Politics
Igathe resigned in January last year. Sonko has been operating without a deputy since then. 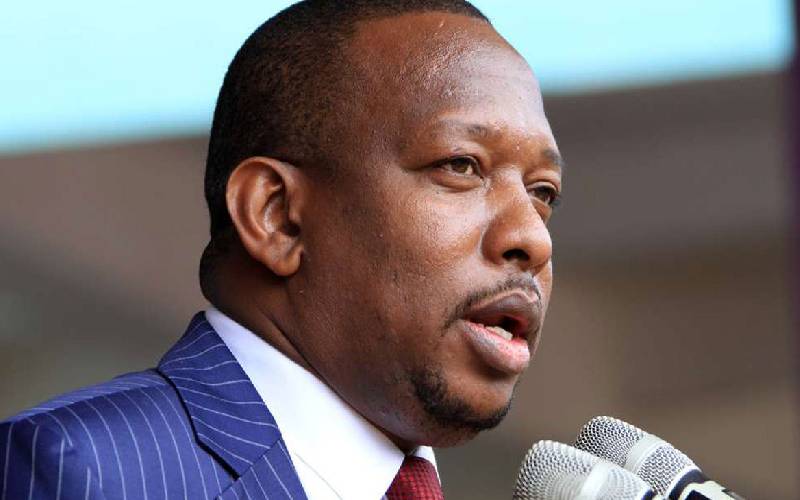 Nairobi Governor Mike Sonko (pictured) has, again, been summoned by the Senate to answer to queries over his "one-man show" style of leadership. The Senate Committee on Devolution and Intergovernmental Relations invited the city governor to appear before it tomorrow to explain why he had been operating without a deputy governor since the departure of Polycarp Igathe last year. The invitation comes after Nairobi Senator Johnson Sakaja raised concerns over the manner in which Sonko was running Nairobi affairs, which, he said, hampered service delivery.

“It is inconceivable that Nairobi City County has a vacuum in the office of the deputy governor until the next elections are held,” Mr Sakaja said. He had raised the issues through a personal statement and sought for the Senate’s intervention. In a letter seen by The Standard, the committee seeks to know why Sonko did not heed the Supreme Court's advisory that governors should nominate replacements within 14 days when their deputies resign, die in office or are impeached. Igathe resigned in January last year. Sonko has been operating without a deputy since then.

Inside secret plot to topple Wetang'ula