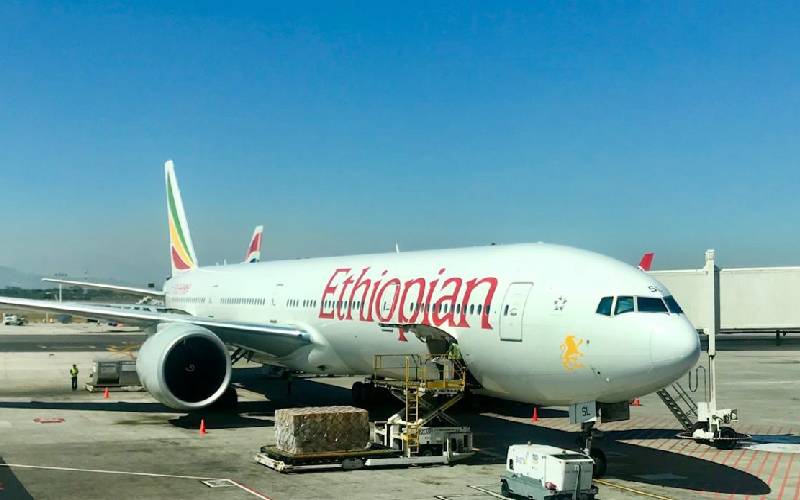 Parents of an engineer killed in the Ethiopian Airline plane crash have sued manufacturer, Boeing, in the US. Stephen Karuru and his wife Lydiah Wairima, in their suit filed before District Court in Illinois on Monday, blamed Boeing for the death of their son, George Kabau, 28, who was at the time of his death an employee of General Motors. According to the two, the Delaware-based corporation knew from the launch of Boeing 737 Max 8 plane that it had systematic defaults, which led to two air crashes. The two have not quantified how much they want the jury to award, but they argue that it ought to consider how much profit Boeing made for the sale of this specific type of plane and also factor the life their son would have lived for an appropriate compensation. The two argue that the March 10 crash in which 157 people were killed was similar to another one in Java Sea on October 29, last year, which killed all 189 on board. "Investigation into both crashes is ongoing, but the similarities in the aircraft and the investigative findings for the crashes thus far point to a common cause. Shortly after taking off and while attempting to climb, pilots for both aircraft reported flight control issues as the planes pitched up and down erratically throughout the sky,” their lawyer Floyd Wisner argued. The family is also being represented by lawyers Nomaan Husain, Chege Njoroge and Esther Kabau, a sister to Kabau. It emerged that Kabau’s family was considering roping in USA’s aviation regulator Federal Air Authority for allegedly abdicating its duty by allowing Boeing to sell a faulty plane.