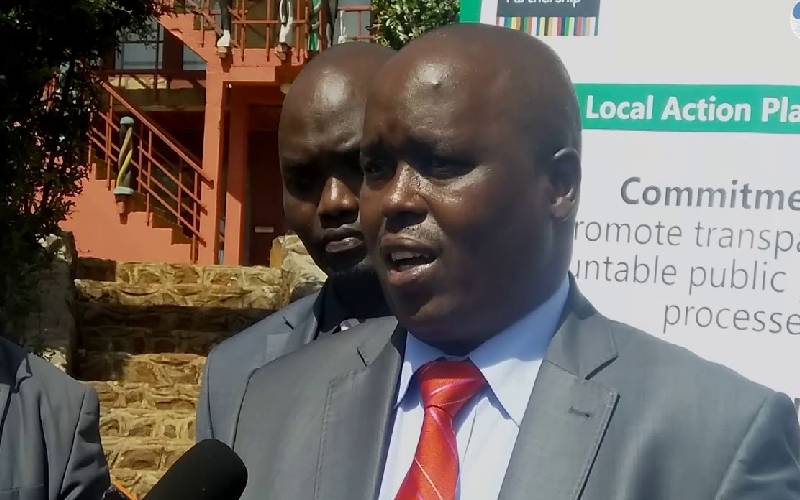 Elgeyo Marakwet Governor Alex Tolgos (pictured) has dismissed a Motion geared at impeaching Roads and Transport executive Kevin Biwott. The county chief yesterday said the motion was aimed at settling political scores.  He defended Mr Biwott, saying the Motion, filed by Kapyego MCA Evans Limo, was based on petty reasons that did not warrant removal of the executive.

“The allegations labelled against my CEC are untrue and laughable. The MCAs accuse him of failing (to attend) county executive meetings. How is this their problem? I should have been the one complaining if the CEC had failed to attend my meetings,” he said. “My CEC is also being accused of not picking calls. This is a petty issue. MCAs know the procedure of raising issues with a CEC.” He said a stand-off between his administration and the assembly started in December when Biwott supported the Youth, Women and Persons with Disabilities Fund Bill that could have led to the slashing of ward development funds to establish a kitty to help special interest groups start businesses. The Bill, he said, was shot down by MCAs, sparking animosity between his administration and the lawmakers. He claimed some people were using MCAs to fight his administration after he asked security agencies to investigate key suspects involved in alleged corrupt practices in construction of the Sh63 billion Arror and Kimwarer dams in his county.

“The assembly has a constitutional right to impeach, but they (MCAs) should look at issues critically and avoid using impeachment process to settle political scores,” Mr Tolgos said.