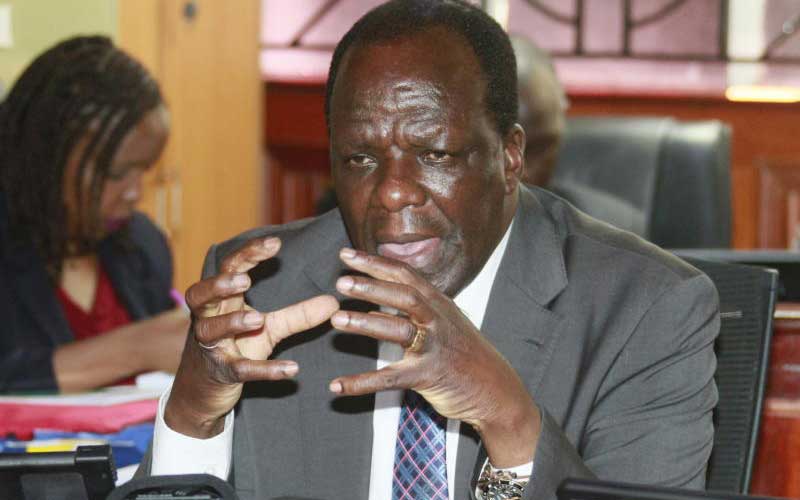 Kakamega Governor Wycliffe Oparanya (pictured) has terminated a contract for the building of Sh15 million health facility in Likuyani sub-county. The cancellation was prompted by the contractor’s failure to meet deadlines. Speaking during the installation of community administrators at Lumakanda earlier in the week, Mr Oparanya also accused the contractor of doing shoddy work despite the availability of funds.

He directed Health Executive Racheal Okumu to look for a new contractor to undertake the project. “We launched this project three years ago as annex of Likuyani sub-county hospital, unfortunately the contractor has been unable to complete works as earlier envisaged,” said Oparanya. He wondered why the project had stalled yet funds were made available.  “The executive in charge of health is here. I want you to eject the contractor on site immediately and look for another one who has the capacity to undertake the project.” Oparanya said it was unacceptable for a contractor to take over three years to put up just a modest hospital with only four rooms.

He lamented that materials used were of low standard: “Some of the materials including the ceiling board was in use ten years ago, I don’t know where the contractor came from.” According to Oparanya, the issue of the contractor taking legal action against the county government cannot stop him from terminating the contract. The governor has also put on notice corrupt and lazy county employees saying their days were numbered. “You were lucky to secure employment with the county government and you must be prepared to work with dedication or ship out.” Meanwhile, the county assembly committee embarked on a tour of all health facilities in the area yesterday following reports of poor services offered.

Lucas Radoli, the committee chairman said they would visit Kakamega County and Referral Hospital, all sub-county hospital and health centres across the 12 constituencies.