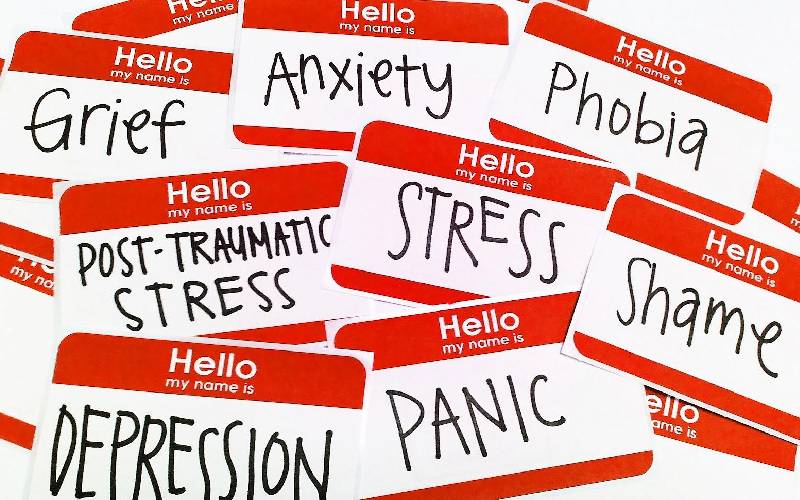 On average, mention of mental health evokes pictures of men and women in tattered, dirty clothes. Such people would most likely be roaming some market places, eating rotten mangoes or whatever else they find. Yet mental health is not confined to such individuals. There are many in society seemingly at peace with themselves and their environments, but who suffer mental health problems. It is not often that we think of the 21-year-old college student who cannot understand why her boyfriend called it quits, or the 37-year-old man who has been fired from work at about the same time his child is set to join high school, or the 32-year-old woman diagnosed with stage four breast cancer.

We do not get to know the emotional and mental trauma such individuals go through when depression sets in because they shy away from seeking medical help for fear of stigmatisation associated with mental illness. Mental ailments take any form and can affect anyone at any time. With the right triggers, anybody can find themselves at the Mathari Mental Hospital, sadly, the only public mental facility in Kenya. This is a fact Kenyans are yet to come to terms with. Incidences that explain rise in mental illness include cases such as a man hacking his wife and children to death, a woman killing her husband, children barely 10 years of age committing suicide or homicides; or a university student swallowing a handful of pills only to sleep herself to death. And while no one is safe from mental health, the most affected is the current generation-a big portion of them being millennials. A study in the United States showed that by 2015, suicide rates among teenage girls had risen to a 40 year high. As reported by NBC News, suicide rates had doubled among girls and risen by more than 30 per cent among teen boys and young men between 2007 and 2015.

While these may not be Kenyan numbers, in the digital age, Kenyan teens are not safe either. The unfortunate part is that Kenya does not have exact data on mental health or suicide rates. Even when they occur, death reports are usually not documented as suicide as witnessed in the recent incident of a Chuka University student who posted her suicide note on Facebook. Suicide was not the cause of death as documented in her eulogy. Such shows that when it comes to mental health, we are still a conservative society that is yet to accept the fact that we are a volatile lot. This deliberate refusal to open up or attend counselling sessions with mental health practitioners even when one knows they need help is a major hindrance to mental health in Kenya. While psychologists have linked increased cases of suicide or mental health issues to tough economic times, the other side of the coin puts the society and the education system in a spot: Does our system of education equip learners with the requisite skills to face life head-on? If this were the case, perhaps it would be quite different. We would have a generation that has the spine to bravely tackle whatever comes their way. Sadly, the opposite obtains. Just a little disappointment like a break-up can easily make a 21-year-old student take the drastic decision to end her life. Clearly, these people need help, but it is in short supply.

At the moment, the country has 88 active psychiatrists and barely a dozen Government hospitals that can handle mental illnesses. Today, Mathari Hospital, the country’s only mental referral facility, is in the worst of states. According to Health Cabinet Secretary Sicily Kariuki, Sh1 billion is needed to get it back on track. One nurse handles up to 150 patients, all booked in as law offenders. The Government needs to take bold and deliberate steps to set up adequate mental health facilities. Parliament, in particular, should pay attention to the mental health sub-sector that has been ignored since 1993 when the last law touching on it was drafted. Considering that Universal Health Coverage is key on the Government’s agenda, Kenya will have itself to blame if no action is taken immediately.

SEE ALSO: To be happy during pandemic you must first deal with your emotional baggage

Scholar's tips on how to be happy, stay sane in crisis