Practice that gave rise to the idiom 'throw down the gauntlet'

Alexander Chagema
The idiom derives from a practice by knights who used to throw a metal gauntlet (gloves) at the feet of an opponent as a form of challenge to a duel. 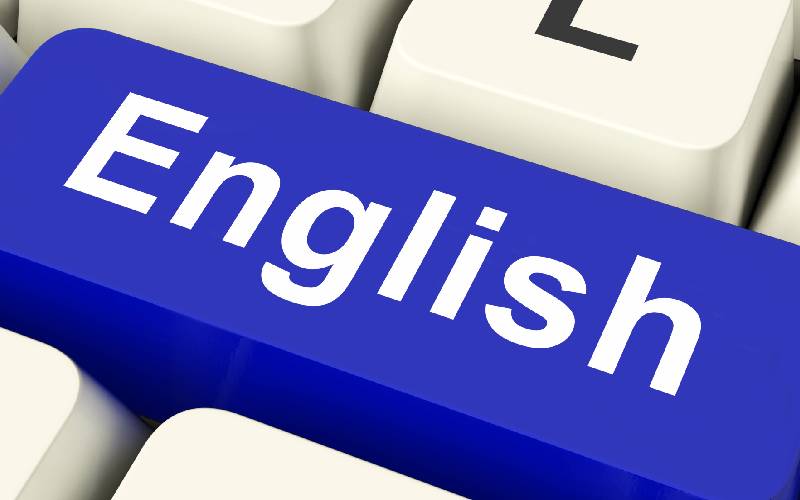 Inattention to detail is a cardinal sin in reportage. This is so because a journalist’s stock in trade is factual presentation, bar which what one writes is at risk of being interpreted as fake news or sensational reporting. Below are truncated excerpts from an online publication that form the basis of our column today; "Sometime in January, year of Our Lord 2011, two helicopters took off from Wilson Airport. Destination?  Three National Cereals and Produce Board stores at Mosoriot in Nandi County, Moi’s Bridge in Uasin Gishu and Lodwar, Turkana County. So why were two helicopters hired by the Government making the long trip across several counties to the furthest end of the country in Turkana?" To begin with, this is a poor writing style; wordy, yet without substance. If you are going to tell a story, do not ask questions, then answer them; state the facts outright. Though counties were envisioned in the Kenya Constitution 2010, counties did not come into being until after the 2013 General Election when the 47 county units became operational under elected governors. Thus, the contention that 'helicopters flew across several counties' in 2011 is misinformation.

To claim Turkana County is the 'furthest end' of the country; distance measured from Nairobi, is fallacious. Mandera County takes that distinction. 'Furthest' (adjective), means situated at the greatest distance from a specific position. Furthest (adverb) is used to indicate how far one thing is from another, but the writer failed to make this distinction apparent.

“To proof that the government had enough food, the trip to the three NCPB cereals was arranged. During every stop over, the Agriculture CS would let the journalists take shots of the overflowing silos. At each point, she appeared to throw the gauntlet at the feet of Murugi. To a large extent, the trip was a demonstration of simmering divisions between the two sides of the coalition government".

The use of the noun 'proof' is misplaced. Primarily, proof means 'evidence'. Since the writer of the quoted passage made reference to the burden of showing something to be what one claimed it to be, he or she should have used the verb 'prove'. In the context it is used, stop over, written as two words, is wrong. Stop over (two words), means to stay at a place for a night or two). To denote a break in a journey, we use the single word 'stopover'. 'Throw the gauntlet at the feet of’ is a corruption of the idiom; 'Throw down the gauntlet'. The idiom derives from a practice by knights who used to throw a metal gauntlet (gloves) at the feet of an opponent as a form of challenge to a duel. A person thus challenged was required to pick up the gauntlet to demonstrate acceptance of the challenge.

The idiomatic expression does not need the qualification; 'at the feet'. On the other hand, divisions do not simmer, they deepen or worsen. Tension simmers. This is because tension is controllable, but could burst at any time and often violently. "And yes, pictures of ‘starving Kenyans’ flooded both the mainstream and online media platforms. Yes, suddenly the State ‘released’ some Sh9.7 billion to fund drought-mitigation measures-from distributing food to sinking boreholes and, yes, constructing water pans and dams. This, barely three years, after another Sh12 billion was sank into a similar “national emergency.”

The Government ‘released Sh9.7 billion’. The addition of the word 'some' is unnecessary. Further, the difference between sank and sunk eludes the writer. Sank and sunk are the past tense and past participle respectively of the noun sink. As an indication of money having been put into a project, the writer should have used the past participle ‘sunk’. The repeated ‘and yes’ is bland. "Whether the Sh21 billion released within three years was well used, or whether they went into the pockets of briefcase ‘lords of hunger’ is not too difficult to tell”. Here, the writer failed the test on subject verb agreement. 'Sh21 billion’ is taken as singular, hence, the writer should have written 'whether it went into the pockets' instead of the plural 'they'. He started well by stating the Sh21 billion 'was well used'. In the same publication, I culled the following; "do this a few times and a guest with basic intelligence should pick your cue". The tone is condescending, but that is not the point. ‘Cue’ basically means signal, mostly used to direct actors and performers on stage. Thus, we take or give cue to, or for.