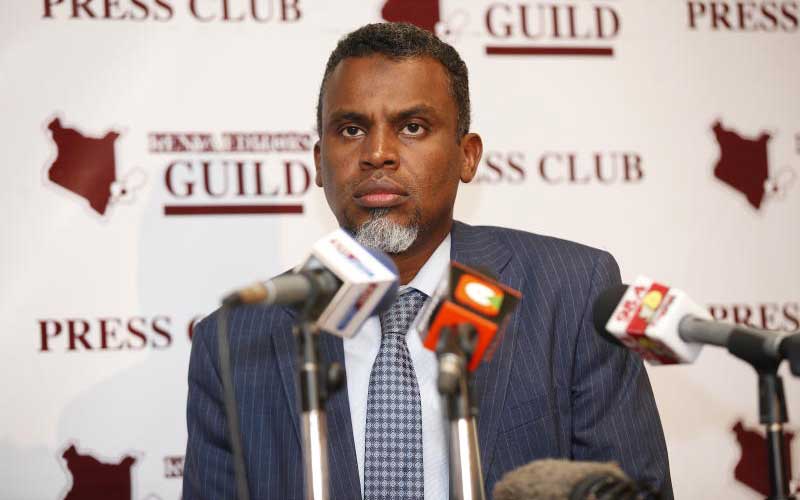 The Director Public Prosecution (DPP) Noordin Haji (pictured) wants MPs not to interfere with criminal investigations. He said Parliament is mandated by law to oversight other State organs, including the investigative and prosecuting agencies without directly getting involved in investigations. “Parliament needs to keep off investigations out their mandate. Most of the cases they deal with are active before us and end up taking a political angle,” he said.

The DPP said his office respected the separation of powers and kept off corruption allegations in the August House. Citing claims that some MPs were bribed to reject the report on suspected importation of illegal and contaminated sugar into the country last year, the DPP said his office decided to let Parliament handle the matter first before intervening.   “We decided to keep off so that we are not accused of targeting the MPs.  There are concerns over the happenings and we will soon direct investigations,” he said. Haji was responding to questions raised during the Editors’ Guild luncheon held on Tuesday this week. The National Assembly committee on powers and privileges chaired by Speaker Justin Muturi tabled a report indicting some MPs over bribery and invited the Ethics and Anti-Corruption Commission (EACC) and the Directorate of Criminal Investigations (DCI) to investigate.

Though the report did not name MPs, pointing out out that none of the 15 witnesses who appeared before the committee tabled any evidence, it indicated some MPs may have been involved in some form of impropriety. “Based on the oral submissions by the witnesses, it is apparent that some members may have been involved in some forms of impropriety,” stated the committee. The committee said that a review and examination of footage from the National Assembly proceedings on August 9, 2018 by the Parliamentary Broadcasting Unit (PBU) did not show any exchange of money. However, the CCTV cameras did not cover MPs’ dining lounges and toilets where the bribery was alleged to have taken place. This was not the first time Parliament was facing corruption claims.