Onslaught on Judiciary undermines fight on corruption, the rule of law 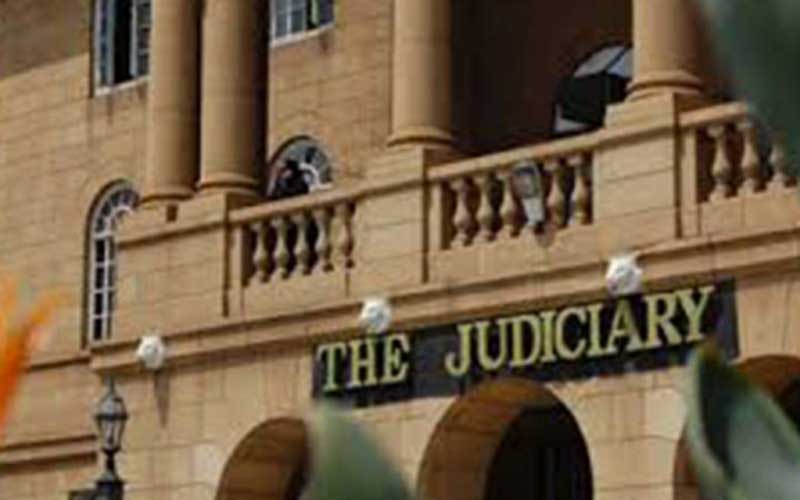 The abiding memory from the National Anti-Corruption conference that closed on Friday is that of everyone rounding up on the Judiciary- painting it as the weakest link in the war against the corruption scourge.

From President Uhuru Kenyatta, who warned that unless the Judiciary leadership takes steps to clean its house someone will; to former Prime Minister Raila Odinga who wondered about the special treatment of some suspects; to the head of the Directorate of Criminal Investigation George Kinoti who sought to demonstrate that corruption investigation and arrests were hampered by flagrant court orders; to the Director of Public Prosecution Noordin Haji who argued that in spite of him and his team presenting watertight evidence, the cases collapsed because of the complicity of the judges and the lawyers.

Though Chief Justice David Maraga tried to shrug off the accusations, the damage was already done. What the Executive succeeded in doing was turn the war on corruption into an attack on the Judiciary. The danger here is that it could succeed in eroding the trust in the rule of law and order.

Denigrating the custodians of the law only helps to entrench impunity and a culture of anything goes.Ironically, both Mr Kenyatta and Mr Odinga have profited from a ruling of the courts they now disparage. Mr Kenyatta when the court ruled that he and his deputy William Ruto could vie for the presidency in the 2013 General Election in spite of the indictment for crimes against humanity charged they faced at the ICC; and Mr Odinga when the court nullified Mr Kenyatta’s win in the 2017 General Election.

Lest we get lost in theatrics and melodrama, many Kenyans acknowledge that in the aftermath of the contested 2013 and 2017 elections, a political crisis and probably violence was averted because of the trust in the Judiciary. We cannot afford to lose this trust, especially considering the fact that the political class has learnt little from the 2007/08 post-election crisis that led to the death of 1,330 Kenyans. In the 2007 situation, one party-Mr Odinga’s Orange Democratic Movement-did not see the judiciary then as a neutral arbiter in the disputed presidential election results. The ensuing tension erupted into violence.

Does a court ruling only matter when it favours politicians? Make no mistake, there are a few rotten apples in the Judiciary. CJ  Maraga admitted as much. His job is now to clean up the judiciary. If anything, he should appreciate the urgency to do the cleanup. This newspaper has stated before that the Judiciary has been the bulwark against forces hell-bent on bending the arc of justice toward lawlessness and impunity. We believe that the Judiciary is guided by the strict adherence to the rule of law as Mr Maraga is wont to say.

Would that the Executive and all the agencies involved in the fight against corruption joined the Judiciary to address the underlying issues: strong evidence, and a strict adherence to the rule of law that spells out that an accused is deemed innocent until proved guilty. Mr Maraga warned that the now famous Friday arrests are, to a large extent, pure drama and serves to create an obstruction. Cases are won by the strength of the evidence adduced in court.  Nothing else. The DPP undermines his cases when he fails to supply the accused with witness statements as happened recently forcing the court to adjourn.

The problem with Kenya’s fight against corruption is bad politics.  Corruption feeds off an exclusivist political system that rewards patronage and cronyism; a system where rising to political office is by and large, a means to money and power.Corruption corrodes the body politic. Because of the rewards, corrupt networks will subvert the democratic process to ensure that their patrons get a seat at the high table. What is therefore needed is a rapid sensitisation programme that will make the people abhor corruption and call it what it is: theft.The public should be appalled by those who steal from them. They should demand that those who lead them are clean and honest. Corruption should be made to smell and taste bad.

Corruption thrives where there are weak institutions; where the Judiciary, Parliament and the Executive are seen to be reading from different scripts.Yet it is not all doom and gloom.The independence of the office of the DPP is now being felt. This has reduced the risk of politics that has been blamed for failed anti-corruption campaigns in the past. The police and the DCI receives more funds and are well equipped and better trained to deal with emerging crimes. It is reassuring that the police forensics laboratory will be ready in two months. This will especially help nail white-collar crime that is becoming especially prevalent.

Still, some of measures against corruption such as centralizing government tendering have been mooted but not effected. Time has come to implement these measures. Barring public officials from engaging in business as ordered by Mr Kenyatta is easier said than done. But it is worth trying.It is encouraging that the government no longer views the private sector as an adversary but as a partner. Corruption is a complete turn off to honest investors. Kickbacks erode their return on investment and make the cost of doing business prohibitively high with the resultant pain and inconvenience of lack of service being felt by the citizens. Quite frankly, some of those strategies to fight corruption will work, taking on the Judiciary is not one of them.

By Patrick Vidija 15 mins ago
Preliminary Results: Raila Odinga ahead with 207 votes

By Winfrey Owino 50 mins ago
IEBC: Only 12 million people had voted by 4 pm 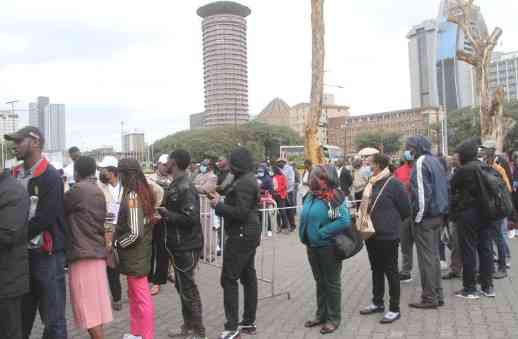