By Macharia Kamau | 4yrs ago 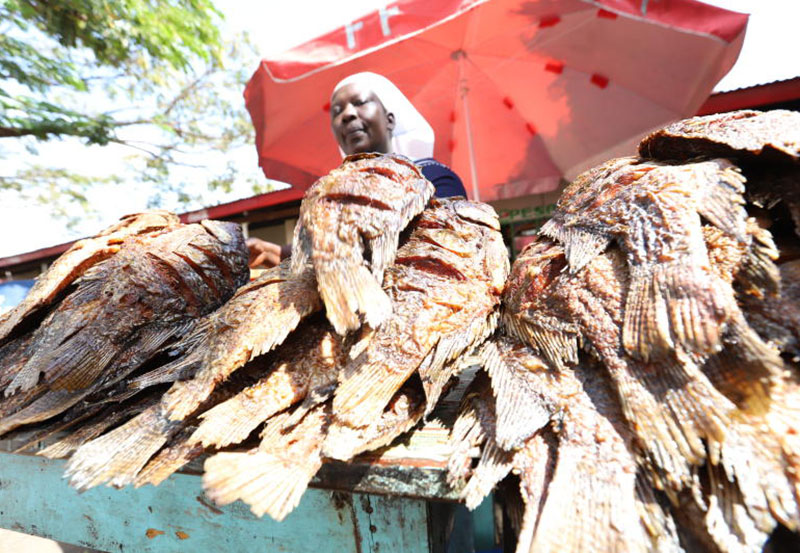 The National Treasury has defended the importation of fish from China for local consumption, saying the Kenyan fishing industry does not produce enough to satisfy demand.

In its draft Budget Policy Statement 2019, the Treasury documents concerns by Kenyans during public engagements the ministry had towards the end of last year as it started the budget making process for the 2019/20 financial year.

Among key areas of concern was the importation of fish from the Asian country against the perception that the imports were driving the local industry out of business, owing to their rock bottom prices.

The Treasury, however, said local production does not meet demand in the Kenyan market, hence the need to import from China and other markets. The BPS said Kenya exports high quality fish that fetches top dollar mostly in European markets, while importing cheap fish to bridge the balance between demand and production.

“It was explained that the local production of about 135,100 metric tonnes of fish does not meet the current domestic demand of 500,000 metric tonnes, and that on the same matter, strategically, Kenya exports premium fish and imports cheaper fish for the benefit of the consumer,” says the Treasury.

The stand by the Treasury, however, appears to be contradictory to a ban on fish imports, particularly from China, by the President last October. Addressing a forum for Small and Medium Enterprises (SMEs), President Uhuru Kenyatta said there was need to safeguard the livelihoods involved in fishing and questioned why the country was "importing fish yet our colleagues are in fishing".

Fishermen have in the past opposed imports, saying if empowered through training and access to credit to enable them buy superior equipment, they can increase their daily yields from the current 50kg to over 200kg.

The concerns on fish imports from China are against sentiments that China has been exploiting Kenya, considering the heavy debt burden and imports from the country that have overrun other local sectors.

Kenyans also questioned whether the Chinese contractors that have bagged major infrastructure jobs have been paying taxes.

Other issues that Kenyans raised during the public hearings with the Treasury included delays in giving counties cash, which have in the past been blamed for failure by the devolved units to pay suppliers. This has adversely affected small firms operating at the county level, many of which have shutdown, while others have stopped doing business with the county governments.

Treasury passed the blame to the county governments, saying that while they had received the money allocated on time, they are unable to raise revenues locally.

“The National Treasury representative asserted that Treasury does not delay disbursements but releases available funds and the lag was due to low revenue collection,” reads the BPS.

Premium My role in 'Wimped' drained me emotionally- Neshiro
Arts Lounge
By Silas Nyamweya
32 mins ago
My new boyfriend is different from me
Relationships
By Chris Hart
37 mins ago
14 dead, several injured in Turkana accident on Saturday night
Counties
By Bakari Ang'ela
1 hr ago
Relationship Dilemma: I am 40, should I marry a 22-year-old?
Lifestyle
By Winfrey Owino
1 hr ago
.