Business News
President insists the close to Sh5.1 trillion borrowed has been used to build roads, ports, railways and other infrastructure 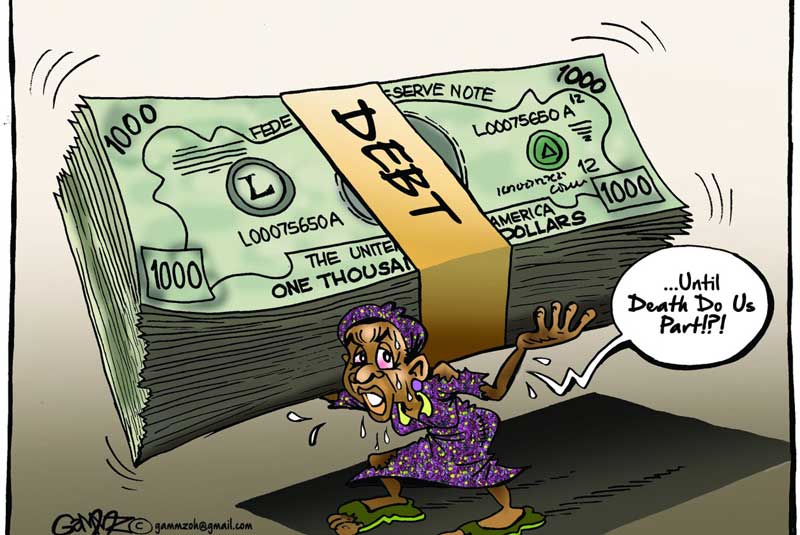 Controversy surrounding Kenya’s debut Eurobond is fast fading from public discourse. However, taxpayers will this year be reminded, in a painful way, of its existence. Even before Kenyans get to know how proceeds of the 2014 Eurobond were utilised, National Treasury Cabinet Secretary Henry Rotich will by end of June pay part of the Sh275 billion sovereign bond.   And the debt repayment, set to gobble up money that would have gone into other development activities, will not end with the bond. Besides payment of Sh78.3 billion Eurobond note in June, taxpayers are also expected to pay for two other expensive loans in the first half of 2019, as the debt burden gets heavier.

With dwindling export earnings and tax revenues, Kenya will retire a massive Sh200 billions of commercial loans in the first half 2019. Tax revenues have generally fallen short of target, making it hard for Kenya to repay her external debt. Commercial loan In March, Kenya will have to pay a commercial loan to Britain’s Standard Chartered Bank amounting to Sh78.7 billion. Also, before the end of June, another Sh37.1 billion syndicated loan arranged by Trade and Development Bank, formerly PTA Bank, will have to be paid, bringing the total of loans to be paid in six months to a massive Sh200 billion. Kenya’s uptake of expensive loans, such as the Eurobond - a debt security issued by a national government and denominated in dollars - and commercial loans from banks, has pushed the country’s debt into risky levels.

Kenya first went for a Eurobond in June 2014 by raising $2 billion (Sh200 billion) which was split into two notes. There was a $500 million (Sh51 billion), five-year bond paying an interest rate of 5.875 per cent, and a $1.5 billion (Sh153 billion), 10-year note with a yield of 6.875 per cent. Treasury’s intention is to issue another Eurobond to repay this one. “The government also intends to refinance the five-year Eurobond maturing in FY2018/19, through issuance of bonds in the international capital markets,” the Treasury said in one of its documents. However, the bond would raise a political storm with the Opposition, then led by former Prime Minister Raila Odinga, insisting the money never hit Government’s account at Central Bank of Kenya. Auditor General Edward Ouko has also cast doubt on employment of the funds from sovereign bond, sentiments that have put him at loggerheads with the establishment.

“I wish to draw your attention to Note 5.7 in the statement of receipts into and issues from the National Exchequer Account for the year ended June 30, 2016 which reflect an Exchequer balance of Sh203,491,419 brought forward from 2014/2015 financial year,” wrote Ouko in the audit report for 2014/2015. “As indicated in the Auditor’s Report for 2014/2015, the receipt of net proceeds from commercial financing (Sovereign/Euro Bond) of Sh215,469,626,036 accounted for in 2014/2015 financial year could not be ascertained as investigations into the receipts, issues, accounting and utilisation of the funds related to the Sovereign/Euro Bond was still on-going as at 30 June 2016.” Government’s appetite for borrowing has put Jubilee government in the eye of the storm with President Kenyatta, in a recent interview with TV journalists, insisting the close to Sh5.1 trillion borrowed so far had been used to build roads, ports, railways and other infrastructures. The President also argued as a fraction of the Gross Domestic Product (GDP), Kenya’s debt was low compared to Japan’s. Experts have however debunked this comparison noting, unlike Kenya, Japan’s debt is domestic loan denominated in their local currency, whose payment can always rollover to a later date. Moreover, for its external loans, Japan has a massive reserve of foreign currency from which it can pay off foreign debt. A chunk of Kenya’s loan, however, is expensive external loans denominated by foreign currencies. As of September last year, the share of credit from commercial banks was 34 per cent of the total external debt, a dangerous position given these loans are denominated by foreign currency, mostly US dollars. They attract high interest rates and have shorter grace periods and mature faster. Unsustainable level There are fears Kenya’s debt is careening towards unsustainable level, especially after her share of expensive loans exceeded the cheap ones. The country’s share of commercial loans has almost doubled in two years putting pressure on the country’s reserves, from Sh452 billion in September 2016 to Sh900 billion in September 2018.   Treasury plans to reduce the fraction of commercial loans to 22 per cent of the total external debt between 2018 and 2021. In the Medium Term Debt Strategy, Treasury says rains started beating Kenya in 2014 when it restructured with the country transitioning into a low middle income country. “This ushered in a new class of financing terms commonly referred to as ‘blend,’” says Treasury, noting cheap loans fizzled out. As a result, the average time to maturity (ATtM) for external debt portfolio has been declining.