My Story: Picking up the pieces after a marriage crumbles

By Agnes Aineah | 4yrs ago 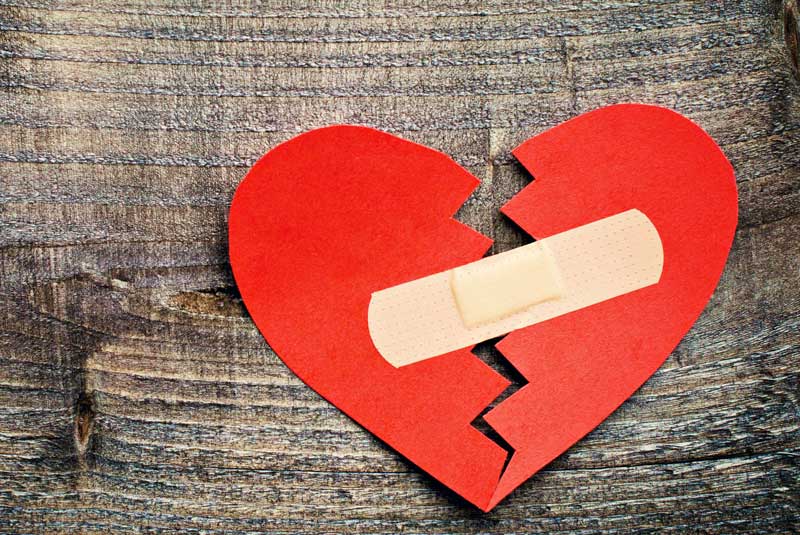 Separation and divorce can be difficult and different people react to it differently. In fact, experts equate it to death where people mourn differently. This week, we speak to divorcees who share their experiences and how they are coping away from their spouses.

Starting over as a not-young man, is tough

My wife of 15 years left me without notice. What hurt most is the fact that she eloped with a pastor in a church we both attended. He was also my closest friend. When It all unfolded, I was too hurt to find out what actually happened. It is an incident I try never to think about. What puzzled me was the fact that we never had any form of disagreement. She just left.

With time, the wound healed and we stopped mentioning her in the house. Of the three children she left behind, only one, the eldest, who is autistic would wish her back as she has no understanding of anything.

I have learnt through my experience that starting over again in your advanced years is tough. Furthermore, I don’t want to have a step mother for my children. I had a similar experience in my early childhood and I don’t want that for them.

Three attempts at remarriage have failed miserably, the longest lasting only two months. I just find that my ex is irreplaceable. One such marriage resulted in an additional member to the family. So for now, I am content taking care of my four kids.

The negativity towards divorcees in our society is real. Most people don't understand why I have decided not to marry again especially family members, myself being the eldest in a family of seven but still they are very supportive. They respect my decision.

You can never really know a man

My ex-husband who stayed in Kisumu while I worked in Nairobi knocked on my door one day and told me he was married to someone. He wanted to have two wives.

I met him when I was 19. Years later, in 2009, we got married and got a second baby.  Just four years into our marriage, the infidelity, emotional abuse and physical violence began.  I developed low self-esteem because he would tell me that I was fat and that I wasn’t beautiful. This really hurt my confidence but I hang on. It was only after the physical abuse began that I started planning on getting out.

It was easy for me to let him go when he announced one day that he had married someone else. I told him to go and never to come back. By that time, I had a male friend with whom I shared the stress I went through. When he showed interest in me, I invited him to stay with me and my children.

The second man was worse. He was a womanizer, irresponsible and also started beating me in my own house. He would disappear with some girl for weeks and come back empty handed. He beat me in front of my children from my first marriage and the daughter I had with him. I eventually left with all my three children last month. My children are old enough to know what is happening in my life and since they saw the abuse I went through; it is easy for me to explain to them why I had to leave. Though my first husband remarried, I am in good terms with his family and we have this agreement where they stay with him over the holidays.

My experiences have taught me that you can never really know a man enough. It hasn’t been easy making my parents understand my situation. My mother keeps blaming me for not keeping a man. She tells me all that happens to me is my fault. And my mother recently told me to try to be socially stable. Later, I realised she meant that I needed a man.

At this moment, I have closed the chapter of marriage and relationships in my life. I go out with friends and party a lot. I feel I have had enough. I have been through counselling sessions and I am in a better place now. But I majorly draw the strength I have from God.

Joy, 36, works at a hospital in Nairobi

I would not want to cause disharmony in her new home

Talking about separation from my ex-wife is perhaps the hardest thing for me. While I languished behind bars for 20 years for a crime I didn’t do, my young family hurt at home.

There was all manner of criticisms from outsiders that I feel took a toll on my wife. There was an alternate shift of blames from our families. People I called friends poisoned my wife and made sure she was married somewhere else.

When I received Presidential clemency two years ago, I walked into a worse prison when I found my wife and two children gone.  She has a new life and new family. I feel that there is nothing like love. That love is just a figment of people’s imagination.

But somewhere deep down, I feel sorry for my ex-wife.  She was still young trying to swim in waters full of crocodiles in my absence.

My experience has taught me that you can’t trust anyone but God. You can't trust your partner 100 per cent but you can trust that God will take care of them and guide them. I have also learnt that any relationship that leads to marriage, however weak it may seem, is so strong that losing it through separation or divorce is tantamount to losing one through death. Sometimes, the pain caused never heals.

It is a constant struggle to keep contact with my children without causing trouble for my ex-wife. This is because being with the children sends a signal of interest in her even when I don’t. It affects her husband and I never want to stir up her peaceful home. So as much as I long to be with my children, the obstacle still stands between us.

I survive on prayer and commitment to my businesses. I enjoy moving around without people knowing who I am. I like writing, a habit I adopted while behind bars and where I also started authoring ‘Blind Justice’, a book that details the injustices I went through on the corridors of justice. I know there is a negative sweep across the society over being a divorcee but I personally enjoy my status.

Can you divorce-proof your marriage?

Divorce proofing your marriage is mostly about being aware of the risks in your particular case.

Failing relationships follow a very specific downward path. So if you see any signs of these developing, then you’re heading towards the divorce courts.

The first step is criticism. Maybe you’ve been complaining about something, and it gradually becomes criticism. ‘We don’t go out as much as I’d like’ becomes ‘ You never take me anywhere.’ Before long, instead of attacking their behaviour, you will be blaming their personality or character.

And as your fights become more frequent and personal, one of you’s going to start feeling insulted.

That marks the second step towards divorce. Criticism becomes contempt. Name-calling, mockery. Rolling your eyes, curling your lip. You quickly forget your partner’s good points. Even why you fell in love in the first place.

It’s easy to feel critical at times, and only human to feel contempt now and then. But they’re ominous warning signs. Soon you’re being defensive. And then, exhausted and overwhelmed, one partner stops responding to the other’s accusations at all. Disapproval and distance need not mark the end of a relationship, but they often do. So you end up divorced, separated, or living lonely, parallel lives in the same home.

Soften tense times with phrases such as ‘Yes, I see’ or ‘Go on,’ and by making comments about what’s happening, like ‘that hurt my feelings.’ Remind your partner that you admire and love them despite the row.

Turn complaints into wishes. Be precise, so that your partner knows exactly what you want them to do. Talk about how what they do affects you, rather than criticising them. Stick to the point, and don’t bring up old sores. Skilful couples say things like: ‘I’m worried about such and such, so can we discuss it sometime? Because saying ‘You’ is criticising and controlling, while ‘I’ reveals your own feelings and encourages your partner to listen and understand.

Skillful partners ask instead of demanding. They listen, acknowledge and are sympathetic: ‘I understand how you feel...’Maybe an affectionate touch that says that you care and are trying to understand your partner’s feelings. Work hard to find a solution that suits both of you. And then continually provide positive feedback to encourage each other to stick with it: ‘Thanks for your help...’.

What’s more, if you ask the happiest couples what works, they always say it’s commitment. Not love or luck. Hard work and loyalty. And that they like each other’s company, share interests and values, and have an intimate knowledge of each other’s habits and preferences.