The Jaramogi Oginga Odinga Teaching and Referral Hospital (JOOTRH) is a towering giant. Its expansive compound and well-kept lawns, hidden behind a wall fence, supports its high profile status. But the beauty that ends at the neatly kept parking bay is quickly replaced by misery and a myriad challenges that have kept the facility on media platforms for all the wrong reasons. Formerly named after Russia the country, which financed its construction in 1969, before it was renamed after Kenya’s first Vice President and former firebrand opposition leader, the late Jaramogi Oginga Odinga, the hospital is in dire need of restoration, just like thousands of its clients.

Although the hospital’s staff has been doing a memorable job to serve the over five million patients from Western region, lack of facilities has put it on the spot. Not long ago, pictures of patients sleeping on mattresses on corridors and verandahs because the hospital could not accommodate them in its congested wards, went viral on social media sparking an outcry. Sorry state The former National Chief Nursing Officer Chris Rakuom who led a task force to identify gaps in the health sector in the region reported that the sorry state of the facility and the congestion in the wards have subjected patients to more pain than relief. “The facility needs urgent intervention to help it save lives of patients,” says Mr Rakuom.

SEE ALSO: Patients on their own as medics go on strike

The report reveals that the facility’s Accident and Emergency Department is small and old has not been upgraded despite having to cater for a large number of patients as a result of road accidents. The report states that there is high demand for emergency services and that the general wards with an original bed capacity of 200 have forced the facility to improvise and expand it to 526 beds, which still is not enough. The hospital’s CEO, Peter Okoth says the surgical ward is also highly affected by congestion. With a bed capacity of 59, it currently holds 68 patients -some of who are forced to lie on the floor. Dr Okoth, who is barely a year old at the hospital promises to give the hospital a new lease of life.

He says the ideal situation would be that the hospital has a policy of 100 per cent bed coverage, such that no referred patient lacks a bed at any given time. The hospital has 13 beds in its Intensive Care Unit, out of which only 10 are currently being used due to shortage of nurses. At the moment, the ratio of two nurses against seven patients is overwhelming. “We are on the verge of increasing nurses to at least 60 to help ease the pressure,” says Dr Okoth. The facility also has six ultra-modern surgery units but only two are in operation due to under-staffing. “The surgical ward has not been expanded over the years, and this undermines the services we offer,” says Dr Okoth. For the longest time, the hospital’s dialysis machine was idle due to lack of a specialist until a Cuban doctor was posted to the hospital three months ago. The medic - Dr Jose Aldana last week told the Saturday Standard that he is overworked because patients seeking dialysis come from all over Nyanza and part of Western region. Dr Okoth says that the congestion has also been attributed to massive referrals from the county hospital due to ward renovations at the facility for the last four weeks. The county hospital medical superintendent, Dr Francis Otieno confirms that the male wards at the hospital are under renovation and he is now relying on JOOTRH to accommodate male patients. “Congestion at the referral hospital is expected because the sick must be attended to,” says Dr Otieno. The reports also says that wards get congested with unnecessary referrals from within and outside the county: “Patients are referred here from as far as Siaya and Migori and Homa Bay for procedures such as blood transfusions and cesarean sections.” The CEC member for health Rosemary Obara says the county is strengthening the sub-county hospitals at Kombewa, Ahero, Muhoroni and Ahero to manage cases that would ordinarily end up at Nyanza’s referral hospital. “These facilities will help us ease pressure at the referral hospital,” says Ms Obara. The report in addition says the facility has a morgue with 24-body capacity yet it receives up to 100 bodies monthly. To ease congestion at the morgue, Dr OKoth says plans are underway to build a 45-body capacity mortuary at Sh8 million to supplement the current one. The vice chairman CEC for health Steven Sewe says that low tax collection and non-remitance funds by the devolved government is to blame for the poor state of the referral hospital. Mr Sewe says through the Public Management Act all cash collected as revenue from the facility must first go to to the county revenue fund account before it is spent. “This has delayed the money to be used for emergency cases at the facility, hence the Assembly plans to open a private account for the hospital,” says Sewe. Surgical operations But critics says the decision by county bosses to micro-manage the hospital’s finances has added to its misery. The CEC member for finance, Nerry Achar earlier told Public Accounts Committee chairman Opiyo Wandayi who led his members to the hospital that the facility generates about Sh400,000 to Sh600,000 daily. It is not all gloom though; Dr Okoth says the facility has increased surgical operations from 8 per day to 20, and is targeting to increase this by 24 per cent in the coming months. There are also plans to construct a surgical complex with a 300-bed capacity projected at a cost of Sh800 million. 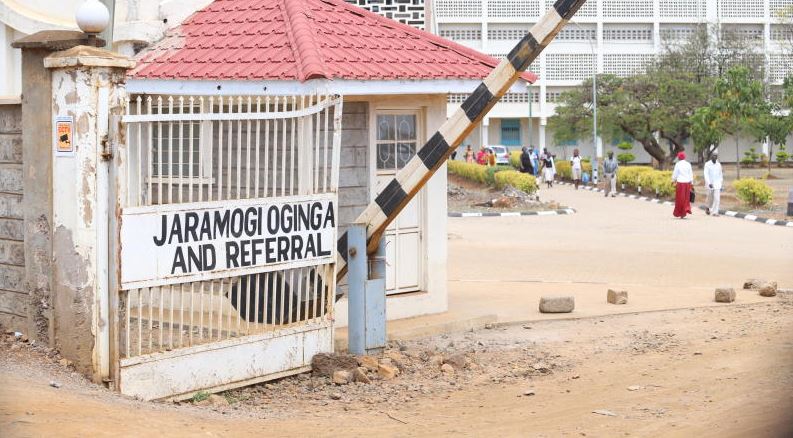