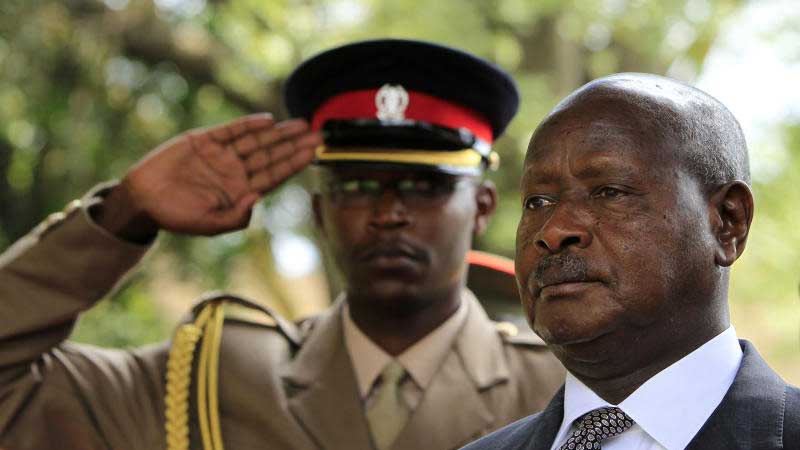 Haki Africa Executive Director Hussein Khalid said Kenyans were justified in protesting against injustice in Uganda because "injustice anywhere is injustice everywhere". Mr Faki demanded action against Museveni, who has ruled Uganda since 1986. The 34 prisoners are facing treason charges after their arrest in Arua, after Museveni's motorcade was stoned during campaigns early this month. Mr Kyagulanyi and his co-accused were initially charged with treason and illegal weapons possession in a military court but were freed and re-arrested to face treason charges in a civilian court. They were held incommunicado and subjected to what activists believe to be inhuman conditions.

"The time to liberate Uganda from the clutches of Mr Museveni has come," said the Mvita MP.

Uganda to distribute free radios to aid learning amid Covid-19