Brace for extra-warm weather through 2022: study 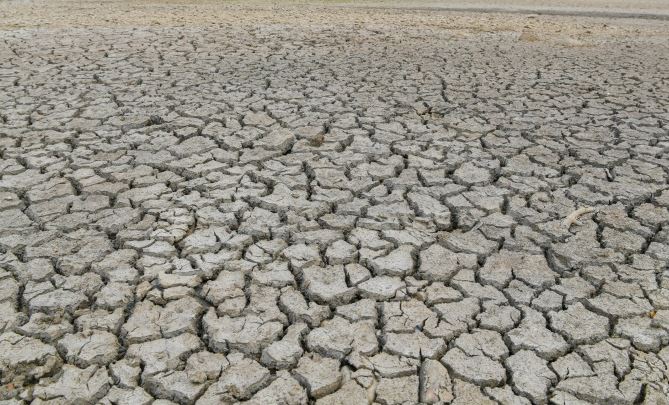 Manmade global warming and a natural surge in Earth's surface temperature will join forces to make the next five years exceptionally hot, according to a study published Tuesday. The double whammy of climate change and so-called natural variability more than doubles the likelihood of "extreme warm events" in ocean surface waters, creating a dangerous breeding ground for hurricanes and typhoons, they reported in Nature Communications. "This warm phase is reinforcing long-term climate change," lead author Florian Sevellec, a climate scientist at the University of Brest in France, told AFP.

"This particular phase is expected to continue for at least five years." Earth's average surface temperature has always fluctuated. Over the last million years, it vacillated roughly every 100,000 years between ice ages and balmy periods warmer than today. Over the last 11,000 years, those variations have become extremely modest, allowing our species to flourish. Manmade climate change -- caused by billions of tonnes of greenhouse gases injected into the atmosphere, mainly over the last century -- has come on top of those small shifts, and today threatens to overwhelm them.

Teasing apart the influence of carbon pollution and natural variation has long bedevilled scientists trying hey to quantify the impact of climate change on cyclones, droughts, floods and other forms of extreme weather. - Natural warming v. manmade change - Sevellec and his colleagues tackled the problem in a different way. First, they focused on the natural fluctuations that -- for most climate scientists -- are "noise" obscuring the climate change fingerprint. Second, they used a streamlined statistical approach rather than the comprehensive climate models that generate most long-term forecasts.

"We developed a system for predicting interannual" -- or short-term -- "natural variations in climate," Sevellec said. "For the period 2018-2022, we found an anomaly equivalent to the impact of anthropogenic warming." Natural warming, in other words, will have about the same impact as manmade climate change over the next five years. The likelihood of a marine heatwave or other ocean "warming events" is predicted to increase by 150 percent. The new method -- dubbed PROCAST, for PRObabilistic foreCAST -- was tested against past temperature records and proved at least as accurate as standard models. It can be run in seconds on a laptop, rather than requiring weeks of computing time on a super-computer. "This opens of the possibility of doing climate forecasts to more researchers, especially in countries that don't have easy access to super-computers," Sevellec said. The researchers intend to adapt their system to make regional predictions, and -- in addition to temperature -- to estimate rainfall and drought trends. The Paris climate treaty calls for capping global warming at "well below" two degrees Celsius (3.6 degrees Fahrenheit), and 1.5 C if deemed feasible. On current trends, however, Earth is on track to heat up by twice that much before the end of the century.