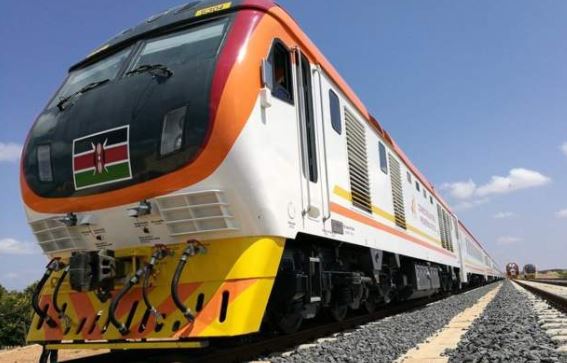 Kenya’s flagship railway project registered losses of $100m (£76m) in its first year of operation, according to the transport ministry.

The China-funded standard gauge railway - which links the coastal city of Mombasa to the capital, Nairobi, - was funded by a $3bn loan from China’s Exim bank, to be repaid over 15 years.

Kenya dismissed concerns that the railway project was overpriced, unsustainable and economically unviable.

The railway line was central to President Uhuru Kenyatta’s re-election strategy, launched only months before the presidential poll last year.

While passenger trains get fully booked regularly, the minister said it was hard convincing businessmen to switch cargo transportation from road to rail.

Transport Minister James Macharia told a parliamentary committee that the state was now discussing with major private industries on how to make rail transport more viable.

The repayment begins next year, and if the railway doesn’t break even by then, Kenyan taxpayers will have to foot that bill.

Economists estimate that China now owns 70  per cent of Kenya’s debt. However, the government hopes the railway will start making a profit in the next financial year.

Premium Jobless Kenyan graduates troop to Finland to do technical courses
Education
By Stephen Rutto
3 hrs ago
Mining firm sponsors 24 youths to acquire vital technical skills
Education
By Philip Mwakio
4 hrs ago
Let clergy advance Pope Francis agenda and take it up with Ruto
Opinion
By Gabriel Dolan
4 hrs ago
Why it's time for youth-led rural resurgence
Opinion
By Mark Oloo
4 hrs ago
.

By Ken Opalo 4 hrs ago
Premium We can't tax our way out of the economic slump
.