Survey reveals how Kenyans are ignorant of their human rights

By Hillary Orinde | 4yrs ago

In a country of unprecedented activism seen across social media platforms, most Kenyans are not aware of their human rights.

A recent survey by IPOS released on April 6, has revealed that 53 per cent of Kenyans are unable identify any human rights violations in their home areas.

Chrispine Migele, a lawyer at J. Makumi and Co. Advocates says this trend is occasioned by Kenyan’s poor reading culture.

“A good number of Kenyans are very ignorant of the law and believe that human rights are all in the purview of lawyers exclusively,” he says.

Even at this level of unawareness, state officials rather than criminal elements in the society are deemed responsible for violations of these rights.

According to the poll, 19 in every 100 Kenyan identified extra-judicial killings as a constitutional violation, while 12 mentioned extortion and bribery by government officials and 8 per cent were aware of land grabbing.

This was followed by economic and ethnic victimisation and sexual harassment.

Extra-judicial killings which recently have been on the rise, was most mentioned in North-Eastern and Nairobi at 43 and 33 per cent respectively.

National Super Alliance (NASA) and Jubilee supporters show no significant disparities in reporting extrajudicial killings except that NASA supporters report more than their counterparts with 9 per cent.

Bribery and cases of extortion were mentioned more in Eastern and Central regions at 22 and 17 per cent respectively.

The survey which was done between March 4 and 12 at the height of Lawyer Miguna Miguna’s deportation saga, showed that disobedience of court orders by the state toped constitutional violations.

Most of the respondents interviewed recognised that the manner in which Miguna was arrested, detained and not released was wrong.

“In regional terms, the highest proportion of the responses of disobeying court orders come from North Eastern, followed by Central and Nairobi at 43, 37 and 36 per cent respectively,” said IPSOS research analyst Tom Wolf.

Data collection methodology was face-to-face interviews at the household level while the sampling error was +/-2.16% with a 95% confidence level. 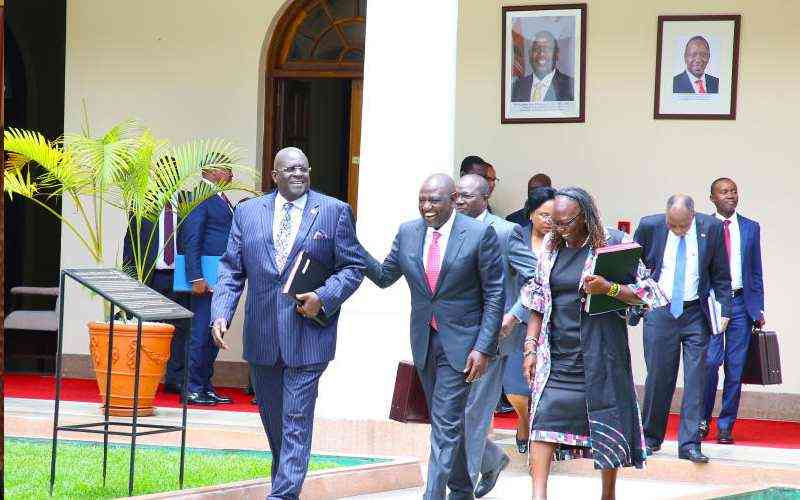 By Clay Muganda and Reina Kimeu 2 hrs ago
Quiz: How well do you know the trending news stories this week?