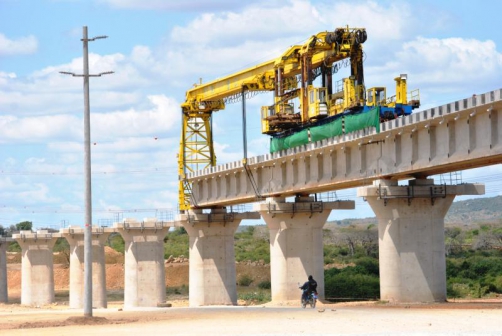 The Kenya Railway Corporation (KR) has gone to court to overturn orders issued against the construction of a standard gauge railway at Miritini. KR says the national government will lose Sh30 million per day if the orders remain in force. Lawyer Cecil Miller told judge Anne Omolo that since the day the orders were issued, the construction company, China Road and Bridge Construction, has been losing Sh30 million per day maintaining the equipment and other activities on site.

Miritini Free Port had gone to court to stop the construction of the railway on its land after the Government through the National Land Commission failed to pay the Sh1.4 billion in compensation fees it was awarded. “It is in the public interest that this order granted by this court be vacated to allow the construction of the railway to proceed so as to stop taxpayers from losing Sh30 million per day,” Mr Miller told the court. He said KR had partnered with the construction firm to build the railway, and it had mobilised equipment on the plot and if the orders remained in force, some of the equipment would rust. Public interest “This order is against public interest because the money being lost belongs to the taxpayers,” he added.

China Road lawyer, Wamuti Ndegwa, denied claims that his client had disobeyed a court order and applied to have the company ordered to pay the losses the construction company was incurring every day. And the National Land Commission lawyer, Simon Mbuthia, submitted that Miritini Free Port owners had not been compensated because there was a dispute over the land, which was raised by the county government, which questioned the rightful owner of the land. “Upon receipt of complaints from the County Government of Mombasa over the propriety, NLC conducted a review process to establish whether the petitioners are the legitimate owners of the suit land,” said Mr Mbuthia. Mbuthia accused Miritini Free Port directors of failing to disclose to the court the true status of matter when they sought ex parte orders. He said since the court was now aware that there was a dispute over the rightful owner of the land, then the stay order the company was given should be vacated to allow NLC find out whether the company should be compensated.

SEE ALSO: Lawyers say SGR dispute not yet over

Last week, Miritini Free Port lawyer Michael Oloo successfully applied for an injunction against the construction of the railway, complaining that his client rights had been violated by not compensating them.