By By Macharia Kamau | 10yrs ago

Kenya Airways has cautioned that any delays in building the proposed new terminal at the Jomo Kenyatta International Airport in Nairobi will adversely affect the airline’s expansion plans over the next five years.

The proposed new terminal has run into headwinds after Transport Minister Amos Kimunya moved to cancel the contract awarded to Anhui Construction Engineering Group of China by the Kenya Airports Authority earlier this year. The decision by the minister sparked off a row pitting KAA senior management and the board.

“The significance of this project to our continued profitability as an airline cannot be under-estimated. Kenya Airways and its partners in the SkyTeam alliance will contribute 70-80 per cent of the traffic to the new terminal. The cost of constructing the new terminal will be borne by the passengers that we will put through the new terminal. It is therefore logical that we must be listened to and be seen to be heard,” said Naikuni.

The board’s chair Martin Wambora said this was done to allow investigations. The deputy managing director Mathew Wamalwa will in the mean time hold the position.

Naikuni said a speedy conclusion to the dispute is critical to the successful implementation of Kenya Airways Project Mawingu plan under which the airline is seeking to have over 100 passenger and cargo aircraft within the next nine years. The first year of the 10-year plan has already passed by and aircrafts are starting to arrive with one due next week and will be followed by one every month for the next eight months, thus the urgency to create the long overdue capacity at JKIA.

“The matter can only be effectively resolved by involving all key industry stakeholders. The Transport Minister appointed inclusive steering committee, which Kenya Airways fully supports, is the best way forward to steer the implementation of the project,” he noted.

Kimunya has appointed a committee comprising key government and industry officials to manage and lead the implementation of the project.

Naikuni says KQ’s input on the specifications of the project were ignored. “We have looked at the passenger forecast numbers used in the conceptual design and have come to the conclusion that the numbers are not correct. The conceptual design (X-shaped) is totally unacceptable to us as it doesn’t allow for future expansion. 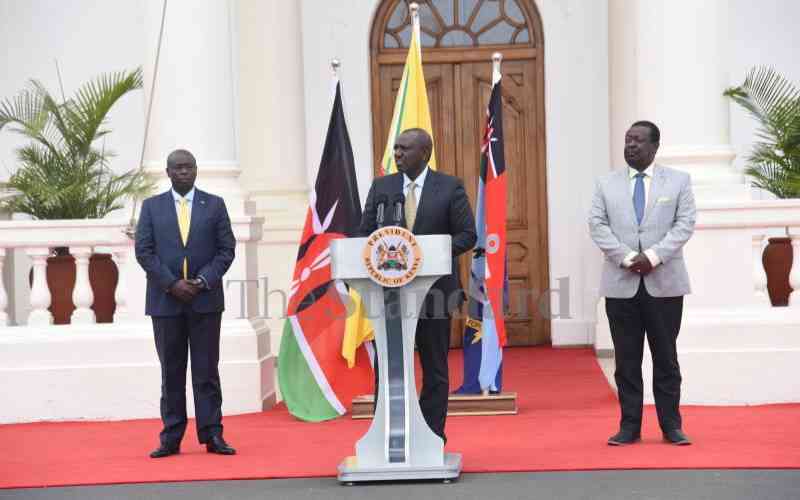