A watershed moment: Another chance for us to get things right 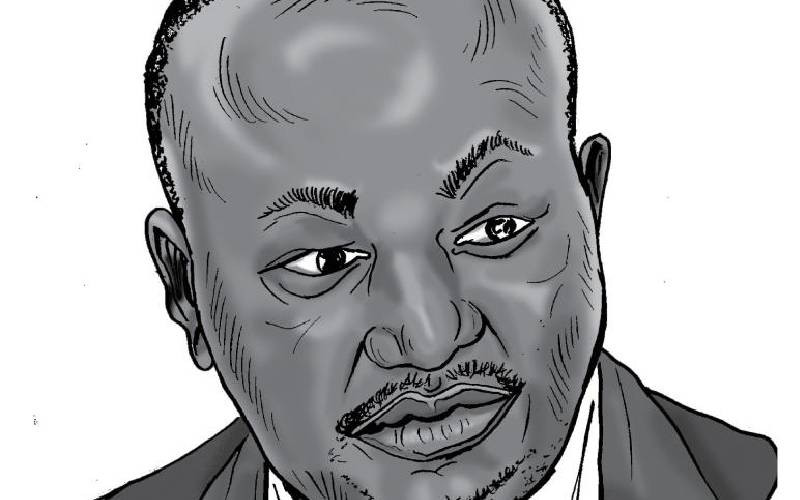 I spent the evening of August 8, 2017 at an inhouse election tallying centre at the office on Mombasa Road. Just like in the last elections of 2013, election night is one not to miss. The adrenaline rush from the anxiety and the excitement in the newsroom (as with all other big story days) seeing the results coming in “fast and furious” is ecstatic. When I jumped into bed the next day at 9am. Raila Odinga of the NASA coalition was trailing Jubilee’s Uhuru Kenyatta.

NASA had protested the results and there was growing fear that things would get out of hand if nothing was done. They had two options on the table; file a petition or call for mass protests. First question: Was the IEBC system hacked into and hence the famous phrase “vifaranga vya computer” by Mr Odinga?

At an emergency meeting at the office that afternoon, we provided a status report from our tallying centre.

Media’s role is never as important like during a hard-fought election. The TV in the living room, in the hotel lobby, in the restaurant is all tuned to the election. While the morning headlines jump at you with reports of the outcomes from the races. We are a powerful influencer of perception.

At our emergency meeting, we looked at the results from our field correspondents and compared them with what was on the IEBC portal. Our minds wrestled with whether and when to release “our” results; should we also use the TIFA exit polls to buttress our credibility? When would the IEBC announce the final presidential results?

Then ICT minister Joe Mucheru threatened to shut down media that broadcast the election results. This was followed by a systematic clampdown on the civil society. (Overall, the Jubilee administration has had an adversarial relationship with media and the civil society.) This didn’t surprise many.

By the end of that week, a stalemate was building, NASA was not going to file a petition yet at the Supreme Court. Frustrated, it called for a meeting in Kisumu. Were they going to announce parallel results; announce countrywide protests? There were no extenuating circumstances to warrant what NASA had wanted to do.

At a third meeting (a few days later), businessman Chris Kirubi (now deceased) led members of the Kenya Chamber of Commerce to our offices. “We want you to help the country move forward,” he pleaded. A senior member of the Standard Group Executive had sent him away with a flea in his ear for seemingly “demanding a lot” on behalf of a government that had done so much to undermine and cripple media by denying it revenue (recall the Government Advertising Agency?). He also saw the State’s hand in the hiring of social media terrorists to churn out poisonous vitriol against political opponents and media personalities. Not that he was just being cavalier, we simply weren’t going to play ball to clean up after a vindictive government.

Democracy thrives in a climate of trust, self-restraint and shared truths.

In truth, social media was creating a distorted image of the situation and this was threatening to tear the country apart.

“The image that we have is of a country on fire, but is that true?” asked one of the men (there were only men in the room) in reference to the torrents of perturbing social media updates by the so-called political influencers. He wanted media to “sanitise” that image.

Meanwhile, government was determined to push back using the old line- that its “core duty” is to protect life and property.

Like programmed robots, the “State machinery” rolled into action oblivious of the state of people’s minds as they processed triumph and disappointment. In Kisumu, as the officers swung into action, they broke a few limbs, clobbered a few skulls including that of Baby Samantha Pendo who sadly died five days later. Invariably, a show of heavy-handedness usually triggers undesirable actions from the crowds and ends up exacerbating things. Do the police know that?

Very few of us are like the aspirational man in the renowned English poet Rudyard Kipling’s famous poem- If. The Man will meet with triumph and disaster and “treat those two impostors just the same.”

In most cases, the mind processes all personal losses - including unsuccessful run for political office - the same way. It follows the same pattern that Swiss-American psychiatrist Elisabeth Kübler-Ross tracked in 1969 - denial, anger, bargaining, depression and acceptance.

Hopefully, this year the “State machinery” has been exposed to what has been touted as the gold standard in handling grief (and success) and will therefore treat Kenyans (winners and losers) more humanely.