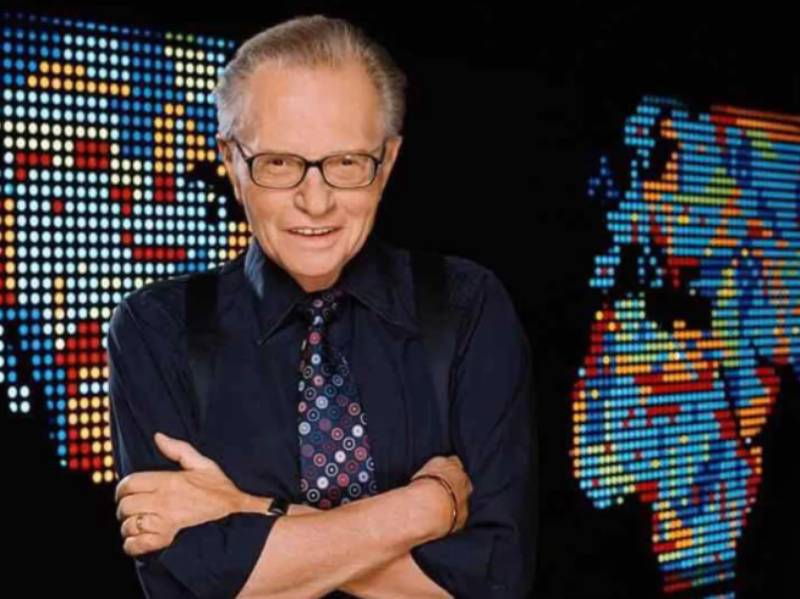 There weren't many people in journalism like Larry King (pictured).

On 19 August 2003 in Iraq, where I was the UN Spokesman, I escaped death by a whisker. Sergio Vieira de Mello, head of the UN Mission, asked me to skip a key meeting in his office I was really interested in. But he said he needed me to draft a statement urgently on civilian deaths in the war.

Shortly after I left, a huge terrorist blast targeting his office killed him and 21 other UN colleagues, including my deputy, Reham al-Farra. I was in my office and suffered only minor injuries.

It fell on me as the UN Spokesman to tell the world what had happened. Soon, I was on Larry King Live and we spoke for about two minutes. He subsequently interviewed Colin Soloway, Newsweek correspondent, who was his only other guest from Baghdad, for longer.

A day or two later (everything is till now a haze from the horrors I saw inflicted on friends), I got a call from Larry King. He said this was a UN story, and he was wrong to spend more time with a US journalist than with me.

Larry was a legendary figure, and hence an intensely busy one, he could easily have had one of his producers call me, but he wanted to call himself. I was simply speechless.

When Larry King started his programme in the early 1980s, I used to think he was too soft a journalist as he did not ask tough questions. But in time, I came to realize that he was the rarest of western journalists, as he wanted to hear what his guests wanted to say - even if they were considered US opponents.

Every obituary today has highlighted this aspect of his greatness. His show was so popular it became the longest-running TV news show in American history.

Thank you for being who you were, Larry. RIP.

By Reuters 9 days ago
'Stacks of bodies': 46 dead migrants found in truck in Texas

By Reuters 18 days ago
Someone offers Sh2.2 billion to eat lunch with Warren Buffett