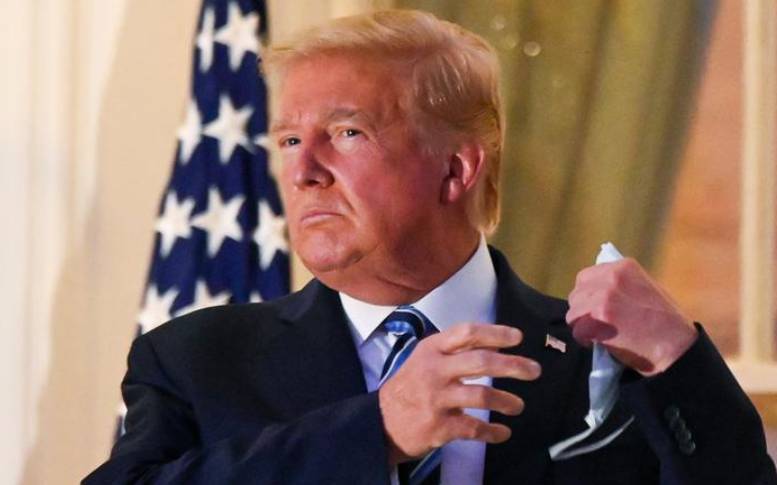 Less than two hours after U.S. President Donald Trump (pictured above) returned to the White House after three days in hospital being treated for coronavirus, challenger Joe Biden criticised the president anew for downplaying the seriousness of the virus.

“I would hope that the president, having gone through what he went through – and I’m glad he seems to be coming along pretty well – would communicate the right lesson to the American people: Masks matter,” Biden said at a NBC News town hall from Miami, Florida.

But in a video released shortly after leaving hospital, Trump urged Americans to “get out there” and not to be afraid of the virus. Trump left hospital wearing a mask but took it off to enter the White House.

Biden’s NBC primetime appearance capped a day of campaigning in the crucial state of Florida, widely seen as a must-win for Trump’s re-election campaign ahead of the Nov. 3 election.

“Folks, if we win Florida, you’ve won,” Biden said during an earlier visit to the neighborhood of Little Haiti. “You’ve flat won.”

Trump, 74, left Walter Reed National Military Medical Center on Monday after his medical team said he had not had a fever in 72 hours and showed normal blood oxygen levels.

After arriving by helicopter in a mask, the president walked up the staircase of the White House South Portico, removed his mask, and posed for pictures, at times giving a thumbs-up and others a salute.

Biden, who has made Trump’s handling of the pandemic a central theme of his campaign, focused on the president’s unwillingness to fully embrace masks.

Health experts, including within the Trump administration, have said wearing masks is perhaps the most effective tool for halting the disease’s spread.

“What is this macho thing, ‘I’m not going to wear a mask,’” Biden said at the town hall. “Be patriotic, for God’s sake.”

Trump has repeatedly soft-pedaled the deadliness of the disease, even as it has killed nearly 210,000 Americans and devastated the economy. Before falling ill, he had continued to hold mass rallies with little social distancing, and the virus has torn through the White House and Trump allies for days.

Biden also visited Miami’s Little Havana neighborhood on Monday, seeking to make inroads among Cuban Americans. Polls show Biden is winning among Hispanic voters but trails the president among Cuban Americans, many of whom support Trump’s hardline stance toward the country’s communist leadership.

Florida was the most important of a dozen states that had voter registration deadlines on Monday. Most political analysts say Trump has almost no path to victory if he does not win Florida, perennially one of the most competitive states.

Previous article
We are not opposed to tea reforms, says Mbui
Next article
Post-election protests put Kyrgyzstan on brink of revolt

Thousands in Argentina march against new move to legalize abortion