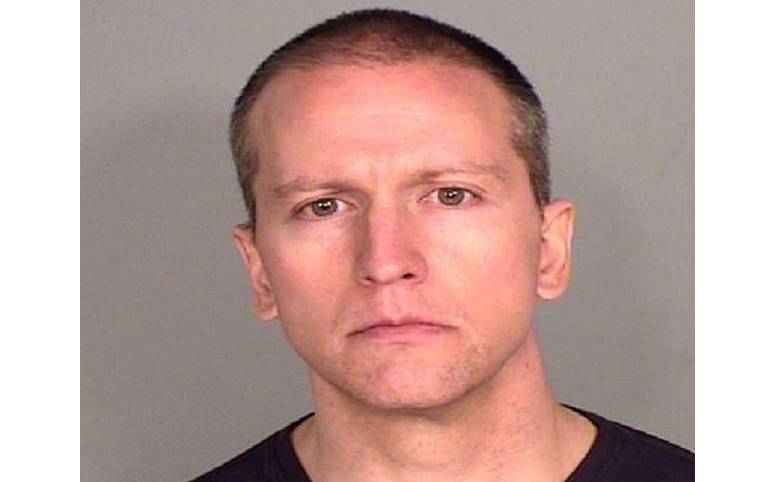 The former police officer charged with the murder of George Floyd may still receive $1m in pensions - even if he's convicted, according to reports.

Derek Chauvin, 44, was fired from the Minneapolis Police Department after he knelt on Floyd's neck for nine minutes while restraining him.

Floyd was heard shouting "I can't breathe" and later died.

His death has since sparked outrage and mass protests across the world.

Three other officers were also fired and face charges, while Mr Chauvin (above) was charged with second-degree murder.

But he could still receive a hefty pension due to laws in Minnesota, CNN reports.

Unlike other state laws, Minnesota does not require employees who have been convicted of work-related felonies to forfeit their pensions.

The Minnesota Public Employees Retirement Association confirmed Chauvin would remain eligible to file for his pension as early as age 50.

CNN say Chauvin would be eligible for annual payments of $50,000 when he reaches 50, which could stretch to £1.5m or more over a 30-year period.

Chauvin's annual payments could be even higher if he received significant amounts of overtime in prior years.

"With this terrible tragedy it might be a good time to push in this direction."

Of the three other officers fired (J Alexander Kueng, Thomas K. Lane and Tou Thao), Kueng and Lane would not be eligible for such a pension because they were rookies.

On Wednesday, Lane was released from prison on bail after posting a $750,000 bond.

Mr Lane's attorney, Earl Gray, confirmed his client accepted bail with conditions and has returned home to his wife, though it is unclear where they live.

The accused was sacked, along with the other three men involved in Mr Floyd's arrest, shortly after the shocking video clip emerged online.

Lane's next court appearance is due to be on June 29 and Mr Gray said he plans to file a motion to dismiss all charges.

"Now we can watch what happens next from outside," the lawyer told the Tribune. "We will bring a motion to dismiss and hopefully it will be granted."

He was initially being held on $1 million bail, county jail records show.

Lane joined the police department as a cadet in February 2019 and had been on the force just four days when Mr Floyd died, said Mr Gray.

He was "doing everything he thought he was supposed to do as a four-day police officer," Mr Gray added, reports  CNN.

Lane had previously worked as a barman at multiple restaurants and a sales assistant at Home Depot.

He then completed a bachelor's degree in criminology at the University of Mineesota in 2016 before becoming a corrections officer at Hennepin County and an assistant probation officer.

Ugali alternatives as unga subsidy ends
National
By Brian Okoth
21 mins ago
Football players' cars set on fire after loss in Argentina
Football
By Associated Press
54 mins ago
IEBC limits access to Bomas of Kenya
National
By Stephanie Wangari
59 mins ago
Conceding after losing is graceful and classy
BLOGS
By Cosmas Butunyi
1 hr ago
.