By Amos Kareithi | 2mos ago

Should Yoweri Museveni’s son, General Muhoozi Kainerugaba ride to Kenya atop an armoured tank, he must visit Nyeri to rescue a letter that has been awaiting delivery to the president for 40 years.

The unopened letter has been crying to be liberated and delivered to its recipient, who has since changed his address from Nairobi to Kampala.

The letter was penned by Natasha Museveni Kairugire and has been lying in her box which contains her childhood effects, waiting for the day it would be delivered. At the time, Natasha, aged about 6, scribbled “Dad, P O Box 39061, Nairobi’ on the khaki envelope, she was a pupil at Nyeri Primary School where she had been for just two terms.

All her letters were cryptically addressed, and never disclosed her father or mum’s real name to avoid detection. Her box had her name, Natasha Museveni written in red on a corner on the inside.

Natasha was whisked away from the school one dark night in 1982 after Kenya’s security forces learnt that Uganda President Milton Obote’s forces were planning to capture her so as to teach the young guerilla leader Museveni a lesson.

But before Muhoozi leads Uganda’s forces in redrawing the Kenya and Uganda maps, he will have to consult military records prepared by the second Uganda President Iddi Amin.

In February 1976, Amin held an international press conference and declared that he was going to invade Kenya and restore Uganda’s boundary which extended from Lake Victoria up to Naivasha.

He also promised to conduct a referendum in the claimed territories so that the affected people could decide whether they were Ugandans or Kenyans.

His pronouncements caused jitters in Jomo Kenyatta’s government because at the time, Kenya had an Army of about 6,500 personnel, Air Force 700, and Navy 350. Kenya had less than 20 armoured vehicles, 14 combat aircraft and four patrol boats.

Despite Kampala’s military superiority, Amin was forced to withdraw and apologise after Kenya deployed a number of tactics, including sabotaging the supply of oil and other strategic goods as well as holding massive demos across the country denouncing the threats.

Amin said he was stating a geographical fact on where the Kenya/Uganda border lay, from a book by a former colonial governor of Uganda. He promised to summarise his new findings in a booklet and send a copy to President Kenyatta.

Although Muhoozi has been stripped of his powers as the commander of the army by his father and the country renounced the general’s threat of overrunning Kenya in two weeks on Twitter, it appears Uganda has special attention to Naivasha.

By Nancy Nzau 26 mins ago
Prioritise welfare of women and girls living with disabilities, MPs urged 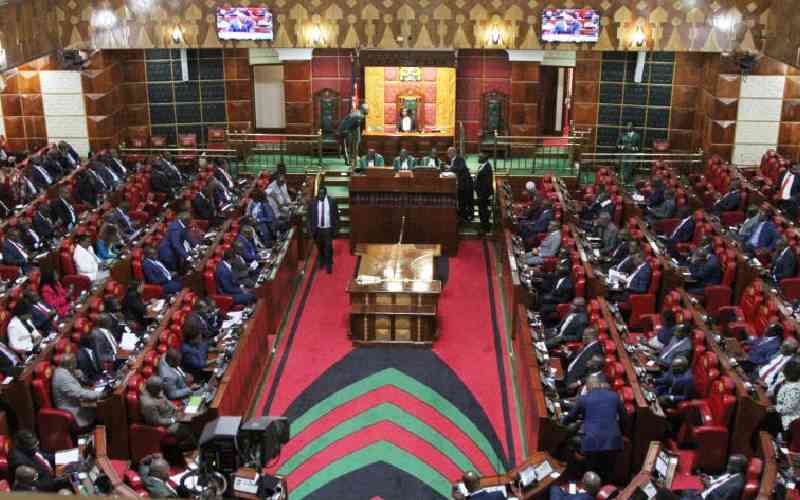 By Nancy Nzau 32 mins ago
Parliamentarians want welfare of women and girls living with disabilities prioritised
.