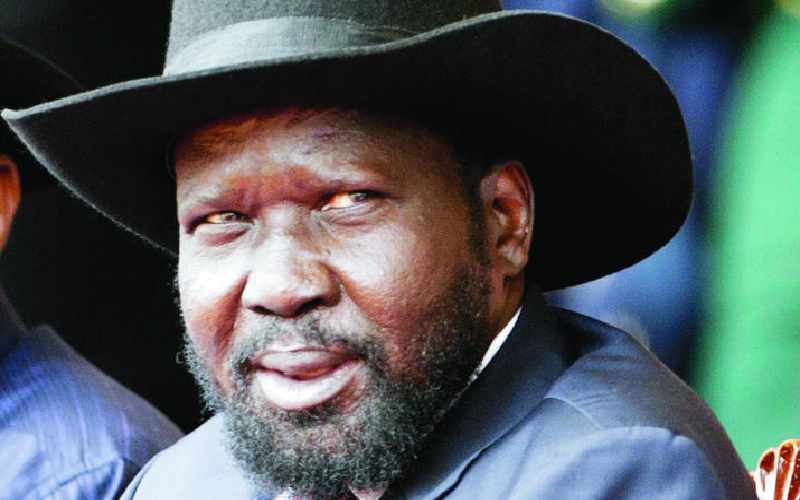 Internet services in South Sudan were disrupted on Monday and security forces were deployed on the streets, which were quieter than usual as residents sheltered inside after activists had called for protests against President Salva Kiir's (pictured) government.

With Kiir scheduled to address lawmakers at parliament's opening session on Monday morning, a coalition of activist groups reiterated their call on Sunday for public rallies demanding he resigns. However, there was no sign early on Monday of major street gatherings in the capital Juba. Some activists told Reuters they were in hiding for security reasons.

Police said the activists had not sought permission to protest, and therefore any large demonstration would be illegal.

“We deployed the forces at least to keep order in case of any problem. Those forces are in the streets for your safety," police spokesperson Daniel Justin Boulogne said.

In televised remarks to an elite unit on Sunday, Deputy Inspector-General of Police Lt Gen. James Pui Yak said authorities would not "harm anybody" to break up demonstrations.

"They are just going to advise people ... to go on with their normal lives, we don’t want any disruption.”

Residents in Juba told Reuters that as of Sunday evening mobile data was unavailable on the network of South African mobile operator MTN Group, and by Monday morning it was also halted on the network of Kuwait-based operator Zain Group.

Deputy Information Minister Baba Medan told Reuters he could not comment immediately on the reported shutdown, as he was busy attending the opening of parliament. MTN did not immediately respond to a comment request. A spokesperson for Zain said he was checking with the South Sudan office.

Activist Jame David Kolok, whose Foundation for Democracy and Accountable Governance is one of the groups that called for the demonstration, told Reuters that the internet shutdown was a sign "the authorities are panicking".

By Sam Wilkins and Richard Vokes, The Conversation | 2 days ago