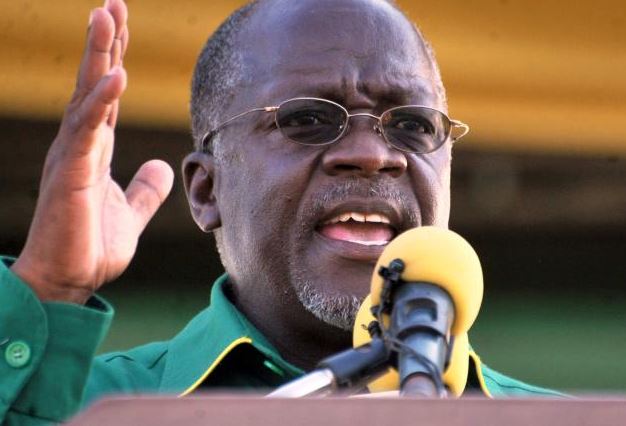 Tanzanian President John Magufuli (pictured) and his ruling party were headed for a landslide victory in presidential and parliamentary elections yesterday, which the opposition has roundly rejected, citing fraud such as ballot box stuffing.

Magufuli had the majority of votes with results from 60 per cent of 264 constituencies so far in the election, while his ruling Chama Cha Mapinduzi had won all but two of around 200 parliamentary seats announced.

The near-certain victory will further cement the power of a party which has been in power since independence in 1961 but stands accused of a worrying slide into autocracy under Magufuli who has cracked down on the opposition and free speech.

Magufuli’s main challenger, Chadema party candidate Tundu Lissu, on Thursday declared the results coming in “illegitimate” and urged his supporters to demonstrate peacefully, while asking the international community not to recognise the outcome.

“What happened was not an election, and thus we do not recognise it. We do not accept the result,” Lissu told reporters in Dar-es-Salaam, saying opposition monitors had been barred from entering polling stations and faced other interference.

“What is being presented to the world is a complete fraud. It is not an election.”

The result of presidential elections cannot be contested in Tanzania, though the parliamentary outcome can be challenged.

Lissu, 52, returned to Tanzania in July after three years abroad recovering from 16 bullet wounds sustained in what he believes was a politically-motivated assassination attempt.

His return reinvigorated an opposition demoralised by years of attacks, arrests and a ban on political rallies, with big crowds seen throughout his campaign.

But several opposition MPs lost seats in long-held bastions, such as Chadema chair and lawmaker Freeman Mbowe of Hai in the Kilimanjaro region, and ACT-Wazalendo party leader Zitto Kabwe in Kigoma on the shores of Lake Tanganyika.

Halima Mdee, head of the Chadema woman’s wing, lost her seat in Kawe in Dar-es-Salaam. The US embassy said “irregularities and overwhelming margins of victory raise doubts about the credibility of the results” and the government’s “commitment to democratic values”.

Tundu Lissu flees Tanzania over threats to his life