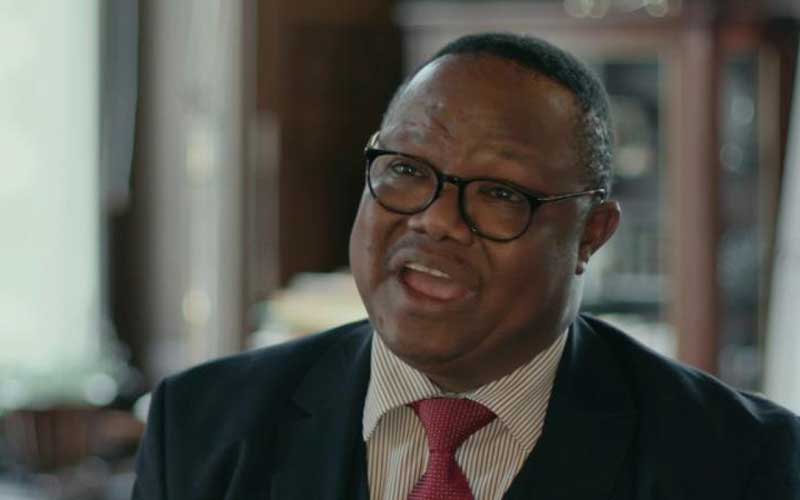 The last time opposition leader Tundu Lissu (pictured) left Tanzania, he was unconscious, aboard a medical flight to Nairobi. Unidentified gunmen had fired 16 bullets into his body outside his residence in Dodoma, in September 2017. He spent nearly three years in exile, first in Kenya, and then in Belgium. He underwent some 20 surgeries.

Lissu returned last month, greeted at the airport by cheering supporters waving green palm fronds. “I was overwhelmed by the reception I received,” he told World Politics Review. “It was absolutely thrilling and humbling at the same time.”

In an earlier interview with AFP, Lissu said he was “going back home to try and fight for the presidency.” A former parliamentarian and human rights lawyer, Lissu is now vice chair of Chadema, the main opposition party and its presidential candidate. But the road ahead is dangerous.

Magufuli, who earned the nickname “the Bulldozer” from his days as the minister of public works, has been in office since 2015, when he won that year’s heavily contested election with 58 per cent of the vote. Catapulted into the spot-light from his relatively obscure ministerial post, Magufuli promised to root out corruption and support more infra-structure projects, a pledge that resonated with most Tanzanians. Critics, however, accuse him of stifling dissent and muzzling the press.

Within a year of his presidency, he forbade opposition rallies outside of the official campaign period and abolished live recordings of parliamentary proceedings. Police have beaten and arrested journalists, while Magufuli’s administration has suspended newspapers.

Days after Lissu’s return, the government made it illegal to plan or support political protests on social media, and introduced new curbs requiring newspapers to seek approval before publishing any content from foreign journalists.

Magufuli has also refused to release data about the coronavirus pandemic since May, claiming Tanzania had rid itself of Covid-19, though prayer. Meanwhile, videos of nighttime burials, attended by shadowy figures in PPEs have circulated on social media. And Tanzanian truck drivers have reportedly tested positive for the virus in neighbouring countries.

Lissu asserts that the attack on his life, which he suspects was an assassination attempt, shows the government is willing to unleash violence against its opponents. A vocal critic of Magufuli, Lissu landed in court six times, including on charges of “hate speech” after calling Magufuli a dictator. Two months before he was shot, Lissu noticed he was being followed. He said senior members of the ruling party, Chama Cha Mapinduzi, warned him the president was angry, and urged caution.

On the day of the ambush, Lissu assumed the vehicle following him to the government-owned housing complex where he lived was simply his normal tail. But as he approached the gate, he noticed the security guards usually stationed there were gone; they also were not manning their usual posts at each of the compound’s residential blocks. That was when gunmen emerged from the car behind him with automatic rifles and opened fire on him.

With injuries that included broken arms, a smashed right knee and an injured pelvis, Lissu had to undergo extensive medical treatment. The government refused to foot the bill despite provisions providing coverage to public sector employees under the National Health Insurance Fund. Lissu and his family had to turn to private donations to pay his medical expenses.

“When I was fighting for my life, I was denied statutory medical benefits,” Lissu said. “I am a member of parliament. Whether you like me or you don’t, I’m entitled to certain benefits.” Lissu was later expelled from parliament for absenteeism, when he was recovering in Belgium.

Magufuli condemned the assault at the time, encouraging security forces to hunt down the perpetrators, but the police have yet to make any arrests or even issue an investigation report. “The complicity of the government is made obvious in their unwillingness to investigate,” said Lissu’s lawyer, Robert Amsterdam, who also defends the Ugandan pop-star-turned presidential candidate Bobi Wine.

In June, Magufuli told legislators he’ll ensure a free and fair election. But Jeffrey Smith, director of the pro-democracy nonprofit Vanguard Africa, is blunt in his assessment of this claim. “It’s Orwellian to its core,” he said. “Magufuli presents this reality to the world, (which) might not otherwise be watching, while doing the complete opposite on the ground.”

Smith said sustained international attention is vital in the months ahead. “That is the only way people such as Tundu are going to stay alive.” Magufuli’s office did not respond to a World Politics Review email for comment on the integrity of the upcoming elections and concerns about the safety of opposition leaders.

It’s hard to say how popular Magufuli is now. A 2015 survey put his approval rating at 96 per cent which fell to 55 per cent by 2018. Analysts say Tanzanians frequently underreport support for the opposition. Magufuli’s supporters have adopted the slogan “MATAGA” — Make Tanzania Great Again — which they use as a social media to glorify him and attack his critics.

Yet Lissu is undaunted, promising to lead an administration guided by its respect for freedom of expression and a clear separation of powers between different branches of government. He has also pledged to undo the raft of restrictive measures implemented by Magufuli.

“These things will have to go,” Lissu said. “They don’t belong in a democracy. They be-long in autocracies.”

Before he can begin this overhaul or even face Magufuli on Election Day, however, Lissu must secure the approval of the electoral commission. He is currently travelling around the country, rallying supporters and drawing large crowds, but there is still a chance he could be barred from running.

Previous article
Magufuli out to block me from presidential vote, key rival claims
Next article
Secrets to building a successful business