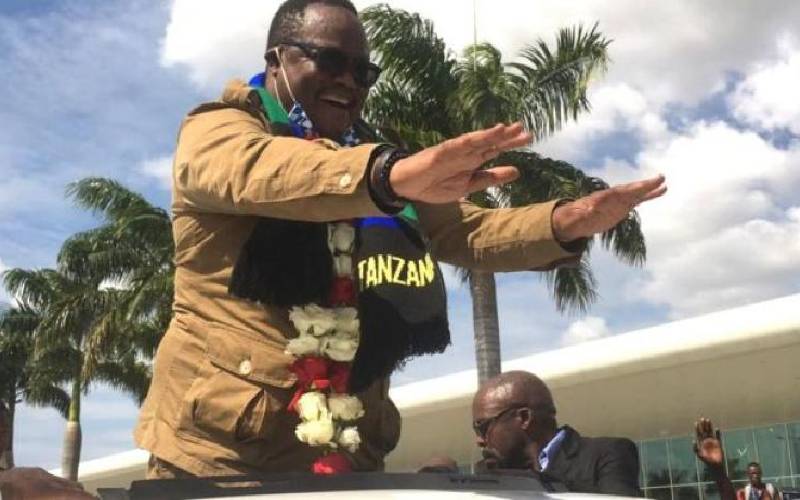 Lissu, 52, lamented Tuesday afternoon on twitter that Tanzania’s National Electoral Commission had subjected him and other candidates challenging the incumbent John Magufuli to hours of irregular scrutiny yet the commission had told them the process would take only fifteen minutes.

‘’NEC can’t be serious, they informed us in writing, that the nomination process would take only 15 minutes each for all candidates, they quickly passed and cleared John Magufuli of CCM, the rest of us, Magufuli’s challengers have been waiting for our turn since late morning,’’ the firebrand politician tweeted.

The National Electoral Commission (NEC) is conducting the nomination process for Presidential candidates in this year’s polls today at its headquarters in Dodoma.

The former Singida East lawmaker says he was at the electoral commission headquarters at 5:45 AM East African time but up to now he hasn’t been cleared.  He further alleges that there has been widespread irregularities and organized sabotage of the opposition candidates on the nomination day.

‘’Eight of our candidates have been violently attacked and robbed of their nomination papers by gangs of armed thugs before submitting them to their respective returning officers,’’ protested Lissu.

Chadema’s candidate also asserts that seven of their candidates have been arrested by the police when submitting their nomination forms to their respective returning officers.

‘’He clearly fears Lissu, and will engage in every trick in the book to thwart the will of his own people,’’ the lawyer told Standard Digital.

His law firm, Amsterdam and Partners LLP has already written to Tanzanian President John Magufuli and the nation’s Chief Justice Ibrahim Juma seeking assurances on the security of their client, Tundu Lissu.

CCM’s John Pombe Magufuli was cleared Tuesday morning for a second term bid by the electoral commission. Magufuli is expected to face-off with Lissu if cleared.

The electoral commission is expected to publish the final list of presidential candidates today, a day before the official campaign period tomorrow.

As the virus continues to spread, the health, psychosocial and economic effects continue to increase.