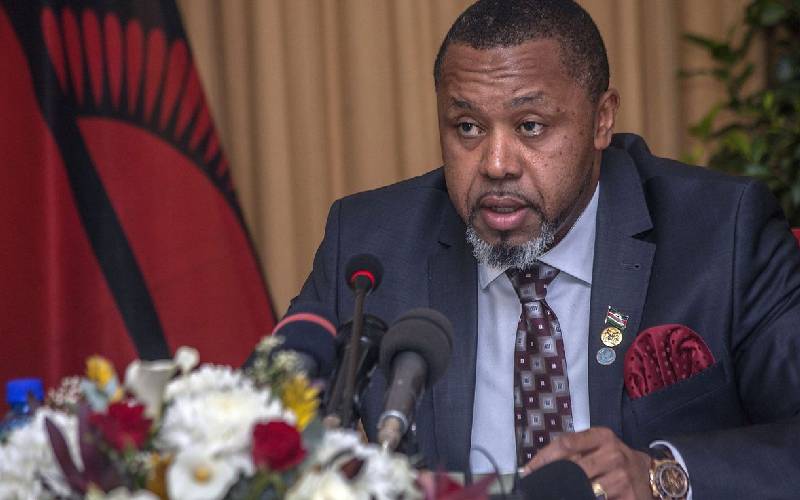 Malawi's Vice-President Saulos Chilima and his wife Mary have tested negative for Covid-19 days after his personal secretary died from the virus.

According to BBC reports, Chilima (pictured) made the announcement on Monday as the inauguration ceremony took place in the capital, Lilongwe.

President Lazarus Chakwera over the weekend said coronavirus was spreading fast in the country.

Chilima said the surge in cases was "alarming and frightening".

He urged people to go for the testing, adding that he would go for another test despite having gone for another one earlier.

Chakwera was forced to cancel the country’s 56th Independence Day celebrations on Monday due to a surge in coronavirus cases.

Chakwera also scaled down his inauguration ceremony attendance to 100 people at the Kamuzu Barracks in the city and not at a giant stadium in the capital, Lilongwe.

“We will direct all the resources meant for the Independence Day celebrations to the fight against COVID-19,” Chakwera said in a televised speech.

Malawi broke away from British colonial rule on July 6, 1964.

Ahead of the Independence Day celebrations and his inauguration ceremony, Chakwera had ordered that only 20,000 attendees be allowed at the 40,000-seat national stadium. He also ordered 100,000 face masks to be distributed in the capital on Independence Day.

“We’re in a worse situation today than we were three months ago. The coronavirus is spreading everywhere in Malawi, and it is spreading with the power to kill,” he said.

The southern African nation, which held a court-sanctioned presidential election on June 23, which Chakwera won, has seen Covid-19 cases double in the past two weeks to 1,818, 19 fatalities and 317 recoveries.