Even to those who don’t understand the Oromo language, Haacaaluu Hundeessaa’s voice was a soft warm breeze through the ears and straight to the heart. Although famed for beautiful melodies from his songs, his voice and jerky dances of the Oromo culture, it is the political and revolutionary lyrics that set the late 34-year-old singer-songwriter from the rest in Ethiopia.

For a country plagued with ethnic clashes and inequality, Ethiopia has come a long way. When other revolutions were led by politicians and rebels, Ethiopia’s prime custodians of change in the past decade fought through music and art.

Coming from the ethnic majority yet the most oppressed Community in Ethiopia, Hundeessaa was the central tune of the wave of change that fought for the rights of the Oromo-an ethnic majority making up 34.5 per cent of the population and has for centuries suffered through executions, forced conscriptions, imprisonment, torture and being driven out of their lands.

In recent years the community has been largely excluded from the country’s political process and economic development of Addis Ababa which lies in the heart of Oromia region.

In 2016, the government of former Prime Minister Hailemariam Desalegn proposed what they called “The master Plan” which would see 1.1 million hectares of land taken from Oromo farmers with little or no compensation to fall under the hands of Addis Ababa administration for ‘expansion’.

Demonstration on the illegal move intended by the government in 2016 led to the death of 150 protestors and the arrest of 5,000.

For a community that has historically been divided by the authorities, arrested for speaking or teaching their language in public in the late 20th century and much of their culture buried deep in the bloody history of the 19th century, musicians and artists have played a pivotal role in the last decade to see the people who were once silenced have a voice; no matter how small.

In October of 2017, the grandest Oromo concert witnessed till date was organized in Addis Ababa. As kaleidoscopic lights flooded the stage and the ground trembled under the thumping feet of the thousands of fans, much of the exuberance was not out of music.

The concert represented more than the flaring beats, dances or the fundraiser intended to help the 700,000 Oromo refugees displaced in the East. It was a political statement and a bold awakening of the conscious of the Oromo people who had for ages received the official narrative of their history and not the truth of their suffering and relationship to power. 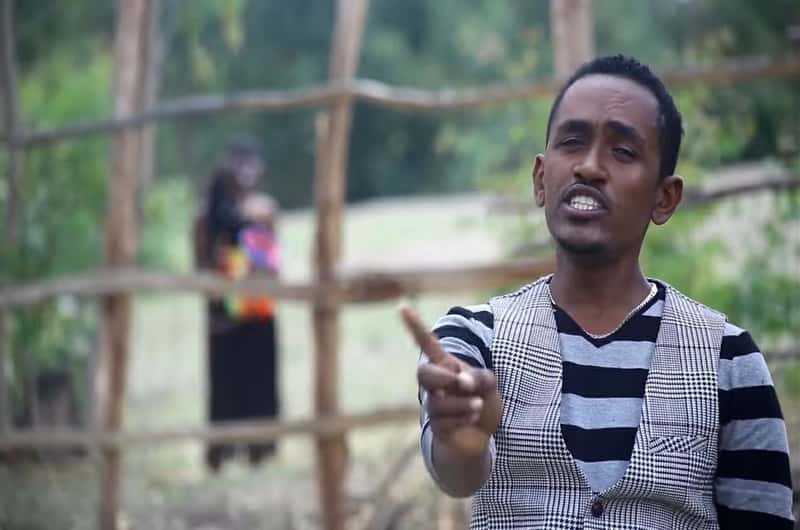 At the eye of the tornado of change was Hundeessaa. The musician turned social activist came to the stage in a show of defiance to put across his music which spoke of pain, the complex relationship and precarious position of the Oromo people and Ethiopia. As if breathing out magic, the crowd in the 2017 concert carried the energy and awakening from Hundeessaa’s awe-inspiring, electrifying and impassioned performance which led to his song Maalan Jira become the soundtrack for the revolution months later.

"The Oromos did whatever we could, we have done our best, we can do no more than this. We served the small and the big people just so we can live together but we can't tolerate it anymore," were the lyrics of one of the songs.

Six months later in April 2018, Abiy Ahmed, the leader of the Oromo People's Democratic Organisation (OPDO) took office as the Ethiopian Prime Minister. It was a victory for a community that had seen many years of oppression and suffering but also a huge plus for the entire country which has experienced the lifting of the state of emergency, releasing of thousands of prisoners, exiled dissidents allowed to return home and hundreds of websites and TV channels unblocked.

He also ended the state of war with Eritrea by agreeing to peace and giving up the disputed border territory 20 years after the initial confrontation.

Even though much has changed in Ethiopia, the death of Haacaaluu Hundeessaa, the flame of change to the youth of the second most populated country in Africa has scratched a painful wound as thousands marched to the streets to demonstrate. Most of his supporters believe his death was politically motivated and security officers are to blame.

Having been imprisoned for five years when he was 17-years-old, the singer will be remembered as one of the few who remained to fight for his people and encourage the youth even when others fled persecution.

The 34-year-old was attacked on Monday evening when he was driving. The musical icon had said he received death threats but it is still not clear who is behind his death.

Even as the curtain falls for the Hundeessaa, history will remember him as the crucial heartbeat that brought the Oromo people back to life in Ethiopia.