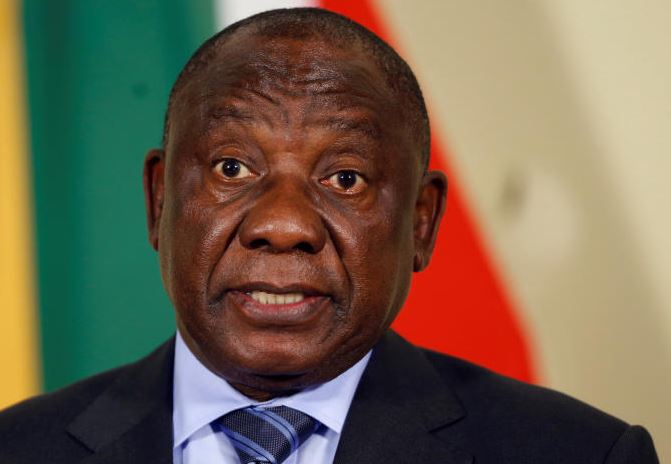 South Africa’s President Cyril Ramaphosa (above) said yesterday that military medical personnel were ready to be deployed to the Western Cape province, the country’s coronavirus epicentre, as the number of nationwide infections surged past 40,000.

The Western Cape province, a popular tourist destination, accounts for more than 66 per cent of South Africa’s 40,792 infections and over 70 percent of its 848 deaths.

The surge in infections sparked fears that the province’s health care system would soon be overwhelmed.

“The Western Cape is the epicentre of Covid-19 infections and this concerns us deeply,” Ramaphosa said during a visit to the province’s capital Cape Town.

He said the military was “ready to bring in defence military personnel who will be able to come to the province to lend a hand. We must pull out all stops to save lives.”

“This is a war that we must win, we cannot sit back and be defeated by Covid-19 on the basis that we didn’t have enough staff,” he said duing a meeting with the provincial authorities led by the opposition Democratic Alliance.

Ramaphosa imposed a lockdown on March 27 aimed at slowing the disease’s spread.

The move sharply limited people’s freedom of movement while slowing an economy already in recession.

But Ramaphosa has gradually eased the lockdown measures and allowed most of the economy to restart.

Meanwhile, Western Cape province is no longer testing most people under age 55 as it tries to clear a backlog of 27,000 tests amid a shortage of kits. The province, on the city of Cape Town, will test people under 55 only if they have serious health conditions, have been admitted to a hospital or are a front-line health worker, Premier Alan Winde said.

“We want to preserve tests for where it makes the most difference,” Cloete said.

The province continues to see a worrying increase in infections that has made it the epicenter of the outbreak in Africa. The Western Cape has a population of around six million and more than 24,000 of South Africa’s 35,725 confirmed cases.

The province alone has more confirmed cases than any other country on the 54-nation continent except Egypt. South Africa has the most cases in Africa, where overall cases have surpassed 162,000.

The Western Cape’s testing problems are part of a countrywide issue. South Africa has a national backlog of 100,000 tests, although it has also conducted the most tests in Africa.

The Western Cape, one of Africa’s most popular tourist destinations before the pandemic, is bracing for a peak in infections and deaths in the next few months.

Previous article
Provost warns against casual approach to Covid-19 as he recovers from virus
Next article
Pregnancy made me hate my husband's voice, cooking