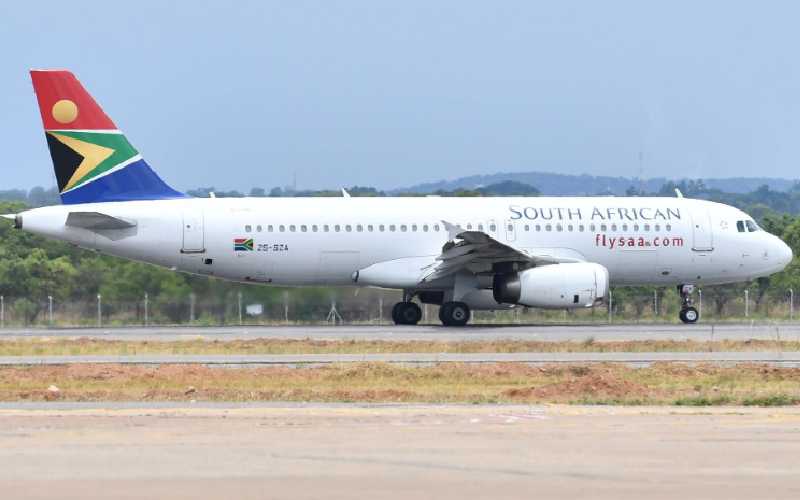 South African Airways (SAA) said on Friday that it would immediately suspend all intercontinental flights until May 31 in response to a government travel ban aimed at stopping the spread of the coronavirus outbreak.

In support of efforts by government to deal with the coronavirus pandemic, and in the best interests of our crew, passengers and the public, we have decided to suspend all international and regional flights until 31 May 2020. It is all our responsibility, not just government, to curb further transmission of the virus,” read the statement in parts.

SAA acting chief executive Zuks Ramasia said operating during the deadly coronavirus pandemic could be a risk to their staff contracting the bug or being trapped in foreign nations over the same in the wake numerous travel bans.

"In addition, the increasing risks to our crew of contracting the virus including the possibility of being trapped in foreign destinations as a consequence of increasing travel bans cannot be ignored," said Ramasia.

The has also been necessitated by South Africa’s Health Minister Zweli Mkhize announcing earlier on Friday  that the number of confirmed coronavirus cases in the country had risen by 52 to 202, with the first cases recorded in the Free State province.

The virus has multiplied in Africa more slowly than in Asia or Europe, but the number of cases has started to rise more rapidly in South Africa in recent days. Africa’s most industrialised economy has the most cases in sub-Saharan Africa.

SAA flies to the United States, Britain, Germany, Australia and Brazil on its intercontinental routes.

SAA said earlier this week that it had cancelled 162 international and regional flights until the end of this month due to low demand and restrictions linked to coronavirus.

SAA is under a form of bankruptcy protection and battling for its survival.

Formula One will run a series of virtual races, with some current drivers taking part, to replace a string of grands prix postponed by the coronavirus