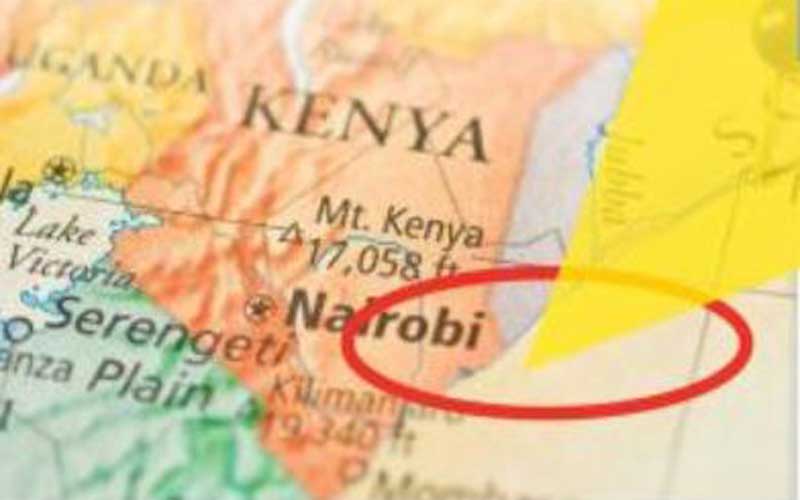 Kenya has issued three conditions for a diplomatic resolution to the maritime dispute with neighbouring Somalia.

Nairobi wants Mogadishu to immediately withdraw a map, which was displayed at an economic forum in the United Kingdom, claiming part of Kenya’s territory.

Kenya has also demanded that Somali authorities inform those who bought oil and gas blocks at the London auction that the Horn of Africa nation doesn’t own the area.

Thirdly, Kenya wants a maritime discussion between the two nations to arrive at an amicable solution outside the international court.

Yesterday, Foreign Affairs Principal Secretary Macharia Kamau said Kenya expected the three conditions to be met as a pre-condition for restoring diplomatic relations with Somalia, which it severed on Saturday.

However, the Somali government yesterday denied any selling any oil or gas blocks as claimed. “Somali is not now offering , nor does it have any plans to offer, any blocks in the disputed maritime area until the parties maritime boundary is decided by the ICJ,” read a letter from Ministry of Foreign Affairs and International Cooperation to the Kenyan Foreign Affairs ministry.

On Saturday the row over a maritime territorial area in the Indian Ocean between Kenya and Somalia escalated after Nairobi decided to cut diplomatic relations with Mogadishu over a claim that the latter had auctioned oil blocks located in a disputed border area.

Macharia said Kenya was disappointed that Mogadishu went to London to auction the blocks even before a dispute over the oil blocks, which is at the International Court of Justice is determined.

“In diplomacy you don’t assume failure but success. We are hoping that our friends will act. We don’t have timelines to expect the response,” Macharia said when asked of Nairobi’s expectations.

There are also fears that following the move, Kenyan troops operating in Somali may be endangered or unwanted. The PS, however, sought to allay the fears.

“Our troops have been working in a dangerous environment and they know how to protect themselves. However, our troops are not in Somali as Kenya Defense Forces deployed by Kenya but working under Amisom.

Asked if Nairobi will consider withdrawing its troops in protest if Mogadishu does not budge, the PS said; “We will cross the bridge when we get there. Let’s wait for now.”

The Government also said the development should provide an avenue for Somalia to seek an out-of-court settlement on the dispute.

“Our wish as good neighbours is that we resolve this thing out of court. Friends don’t take each to court; they sit down and discuss. That’s what we expect of Somalia,” Macharia said, adding that President Uhuru Kenyatta was fully briefed on the developments.

Yesterday, Somali opposition leaders led by Senator Ilyas Ali Hassan, who is a key ally of former President Sharif Sheikh Ahmed, downplayed the fallout between the two countries and expressed optimism that the misunderstanding will be resolved.

In an interview with The Standard, Mr Hassan said the Government did not seek the approval of the Upper House (Senate) before auctioning the oil blocks.

Among those arrested was the pastor, women and children attending the funeral ceremony. 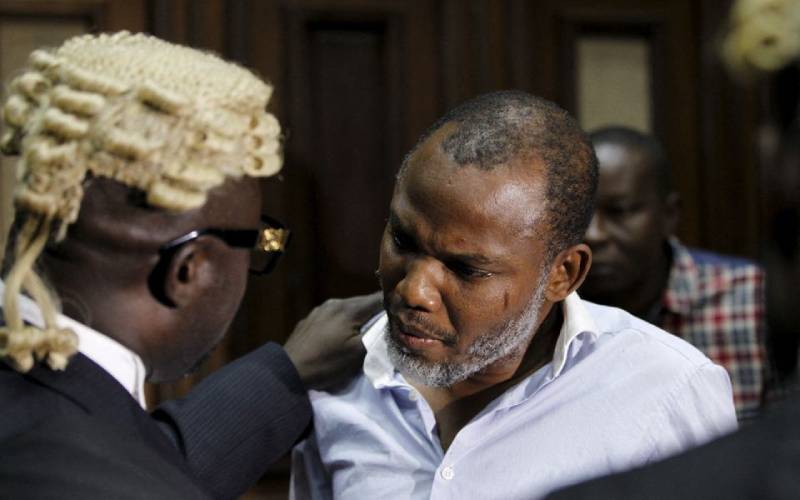