Somali pirates are suspected of hijacking a bulk carrier ship, the head of a maritime security company said on Saturday, in the latest in a string of attacks after years of calm.

A security source working at the Puntland Marine Police Force said the vessel was Tuvalu-flagged and is known as OS35.

The United Kingdom Maritime Trade Operations (UKMTO), which coordinates shipping in the Gulf of Aden area, said on its website it had received a notification earlier on Saturday from a vessel in an area in the Gulf of Aden that was under attack and may have been boarded.

The hijacking comes days after pirates hijacked an Indian dhow that was on route to Bossaso from Dubai.

Somali pirates hijacked an oil tanker in March, the first such seizure of a vessel since 2012, but released it after a clash with the marine force in Puntland.

Shipowners have become less wary of piracy after a long period of calm off the Horn of Africa, experts say, and some have started using a route known as the Socotra Gap, between Somalia and Socotra Island, to save time and costs. The route is considered riskier than others.

At its peak in 2011, pirates launched 237 attacks off the coast of Somalia, according to the International Maritime Bureau, and took hundreds of hostages.

Their actions cost the world economy $7 billion and earned the pirates some $160 million in ransoms, according to the bureau.

Premium Nailed the wrong man? Probe reveals UK officer lied to court
Fresh details show how British officer led to the arrest of the wrong man. Somali pirates killed tourist and kidnapped his wife in 2011 in Lamu.
National
By Kamau Muthoni
5 days ago 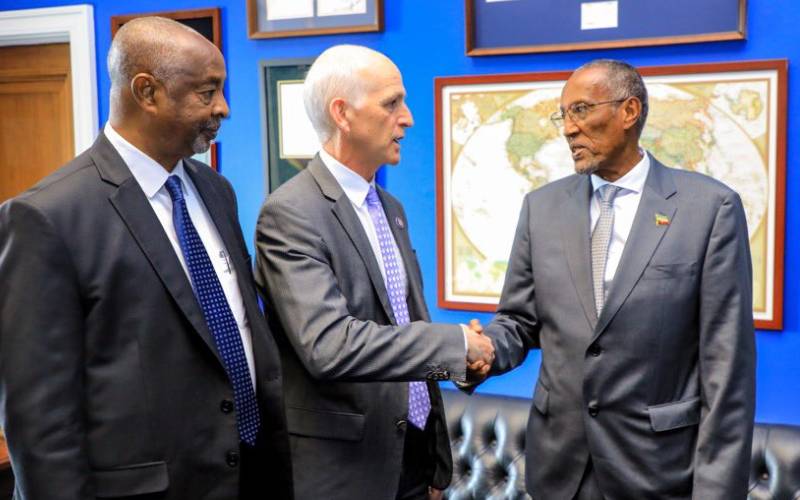 Somaliland push for recognition gains US lawmakers backing
Officials of the US Foreign Affairs Committee expressed their concern over the growing influence of China in the Horn of Africa.
Africa
By Jacob Ng'etich
3 months ago
.