Libya: United Nations negotiators on Monday handed Libya's warring factions a draft proposal for forming a unity government in an attempt to end a conflict that threatens to push the North African country into becoming a failed state.

Western officials say the UN talks are the only hope of halting fighting between two rival governments and their armed forces that has battered the OPEC country since the 2011 uprising that ended Muammar Gaddafi's one-man rule.

An internationally recognized government has been operating out of eastern Libya since an armed alliance known as Libya Dawn took over the capital Tripoli and set up a self-declared government last summer.

Libya's turmoil is an increasing concern for European leaders as Islamic State militants gain ground there and smugglers take advantage of the chaos to ship thousands of illegal migrants across the Mediterranean Sea to Europe.

UN special envoy Bernardino Leon told the delegations in the Moroccan city of Skhirat: "You will be receiving the latest draft of the proposed political agreement that has been at the heart of your discussions over the past few months."

Delegates from both factions were expected to head to Germany for a meeting of European and North African leaders before returning to consult with their political bases and traveling back to Morocco for more talks.

"What I can say is at the end of this week, we will have a very clear idea on who is for peace and who is not, and that will help us to focus our efforts in the future," U.S. ambassador to Libya Deborah Jones said.

The UN proposal calls for a one-year-long government of national accord, where a council of ministers headed by a prime minister, and two deputies, will have executive authority based in Tripoli.

The House of Representatives, the 2014 elected parliament now in the east, will be the only legislative body, the deal states. The accord also calls for a 120-member State Council consultative body, consisting of members of the Tripoli parliament.

The agreement also addresses terms of a ceasefire, disarmament for armed groups, dealing with a unified armed forces and withdrawing armed groups from oil facilities, airports and other installations after signing of the deal.

Four years after a NATO-backed uprising that ousted Gaddafi, the conflict has battered Libya's oil industry and also allowed Islamic State militants to gain a foothold in cities such as Derna and Sirte. 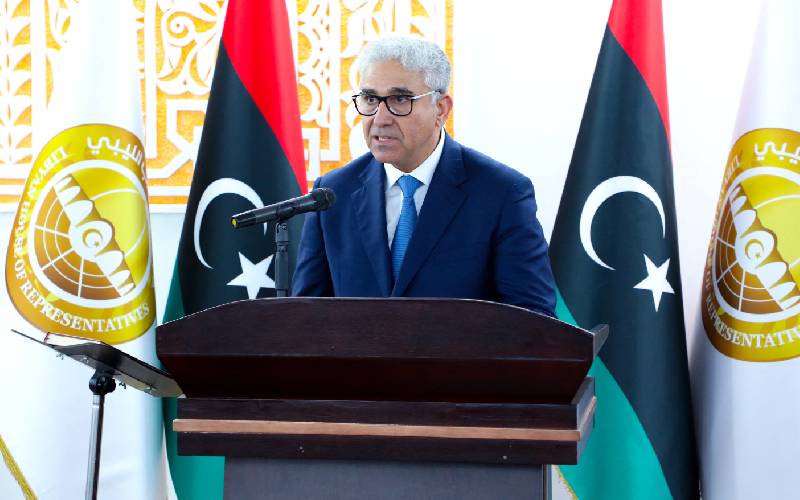 Libya crisis worsens as rival government takes oath
Addressing the parliament after taking the oath of office, Fathi Bashagha said he was studying all options to take over in Tripoli.
Africa
By Reuters
3 months ago
.