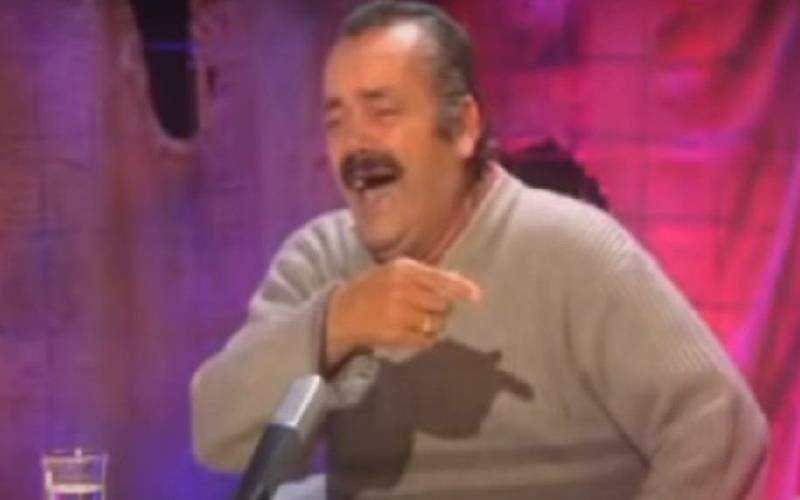 Juan, widely known by his nickname El Risitas, died aged 65 following what local media described as a sudden relapse in his health.

He died on Wednesday afternoon at the Virgen de Rocio University Hospital.

El Risitas, which in loose translation means giggles, became world-famous in 2014 when netizens started adding subtitles to a video of him laughing while co-hosting a show from 2007.

Speaking in the 2007 show, Juan was narrating how he once worked in a kitchen but the tide had washed away a pile of plates left overnight, only leaving one.

What made the clip funnier was not the content of his narration, but his wheezing laughter and a few missing teeth.

The clip was shared worldwide, with people from different regions adding subtitles and voiceovers in different languages.

In Kenya, Juan's clip depicted the naivety of the electorate in voting for the same leaders who keep offering empty promises in the run-up to every election.

The Kenyan version showed him laughing at the voters who expect change and development from politicians who have lied to them before.

According to BBC, his health problems worsened last year when he had a leg amputated and fans had to contribute to buy him an electric scooter to help him move around easily.

Juan's videos have millions of views.

By Reuters and Winfrey Owino | 15 hours ago

By Kennedy Mureithi | 19 hours ago