Syria said US airstrikes against Iranian-backed militias in the east of the country on Friday were a cowardly act and urged President Joe Biden not to follow “the law of the jungle”.

An Iraqi militia official close to Iran said the strikes killed one fighter and wounded four. US officials said they were limited in scope to show Biden’s administration will act firmly while trying to avoid a big regional escalation.

Washington and Tehran are seeking maximum leverage in attempts to save Iran’s nuclear deal reached with world powers in 2015 but abandoned in 2018 by then-President Donald Trump, after which regional tensions soared and fears of full-scale conflict grew.

“Syria condemns in the strongest terms the cowardly US attack on areas in Deir al-Zor near the Syrian-Iraqi border,” the Syrian Foreign Ministry said in a statement.

“It (the Biden administration) is supposed to stick to international legitimacy, not to the law of the jungle as (did) the previous administration.”

Iranian Foreign Ministry spokesman Saeed Khatibzadeh condemned the US strikes, calling them “illegal aggression” and a violation of human rights and international law.

“You can’t act with impunity. Be careful,” Biden told reporters in Texas when asked what message he was sending Iran with the strikes.

The airstrikes, early on Friday local time, targeted militia sites on the Syrian side of the Iraqi-Syrian frontier, where groups backed by Iran control an important crossing for weapons, personnel and goods.

Western officials and some Iraqi officials accuse Iranian-backed groups of involvement in deadly rocket attacks on US sites and personnel in Iraq over the last month.

Russia, an ally of Syrian President Bashar al-Assad, also criticised the US strikes and called for “unconditional respect of the sovereignty and territorial integrity of Syria.”

White House spokeswoman Jen Psaki said the airstrikes in Syria were meant to send the message that Biden will act to protect Americans.

Future US actions in the region will be deliberative and will aim to deescalate tensions in Syria, Psaki said.

Attacks on us forces in Iraq

The Iraqi militia official close to Iran said the strikes targeted positions of the Kataib Hezbollah (KH) paramilitary group along the border.

KH later confirmed the death of one of its fighters and identified him as Sayyid Rahi Salam Zayid al-Sharifi.

“The American enemy persists in its criminality and kills the protectors of the nation and the honourable people of the country, not deterred from shedding innocent blood as long as the wages of murder are received from Saudi Arabia and the Emirates,” a KH statement said.

Local sources and a medical source in eastern Syria told Reuters that at least 17 people had been killed, but gave no further details. That toll could not be confirmed.

The Pentagon said it had preliminary information about casualties, but did not provide any details.

In recent attacks, a non-American contractor was killed at a US military base at Erbil International Airport in Kurdish-run northern Iraq on February 15 and, in the days that followed, rockets were fired at a base hosting US forces, and near the US Embassy in Baghdad.

Biden’s decision to strike only in Syria and not in Iraq gives Iraq’s government breathing room as it investigates the Erbil attack, which also wounded Americans.

Several attacks, including the one at Erbil airport, have been claimed by little-known groups which some Iraqi and Western officials say are a front for established Iranian-backed groups such as Kataib Hezbollah.

US lawmakers from both political parties welcomed the strikes but a number of Democrats questioned the legal justification under which they were carried out and the continuation of military operations in the Middle East.

“I am very concerned that last night’s strike by US forces in Syria puts our country on the path of continuing the Forever War instead of ending it,” said Senator Bernie Sanders, an independent who caucuses with Democrats.

A US official, speaking on condition of anonymity, said the decision to carry out the strikes was meant to signal that, while the United States wanted to punish the militias, it did not want the situation to spiral into a bigger conflict.

The Iraqi military issued a statement saying it had not exchanged information with the United States over the targeting of locations in Syria, and that cooperation with the US-led coalition in Iraq was limited to fighting Islamic State.

Kirby, the Pentagon spokesman, said Iraq was able to help the United States determine who was responsible for the recent attacks in Iraq, but Baghdad did not assist in the targeting process in Syria.

It was not clear how, or whether, the US strikes might affect efforts to coax Iran back into negotiations about both sides resuming compliance with the 2015 nuclear deal.

Following is the draw for the Europa League round of 16 made on Friday (first named team plays first leg at home): 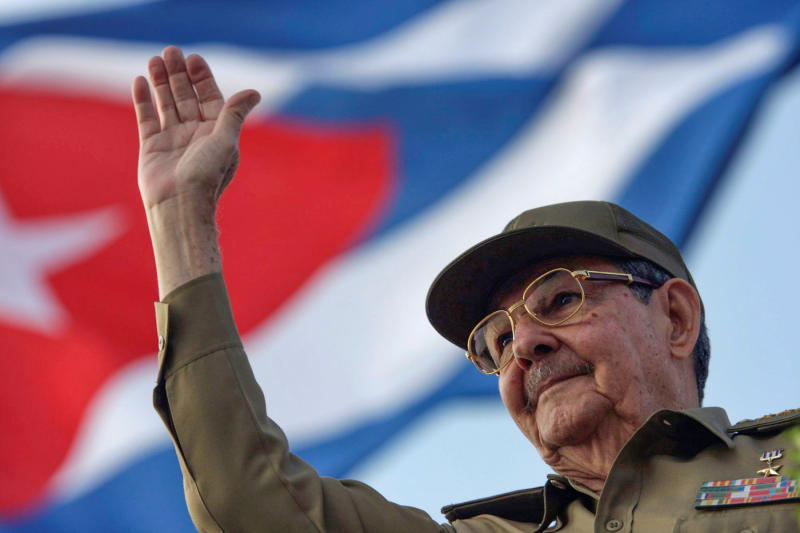