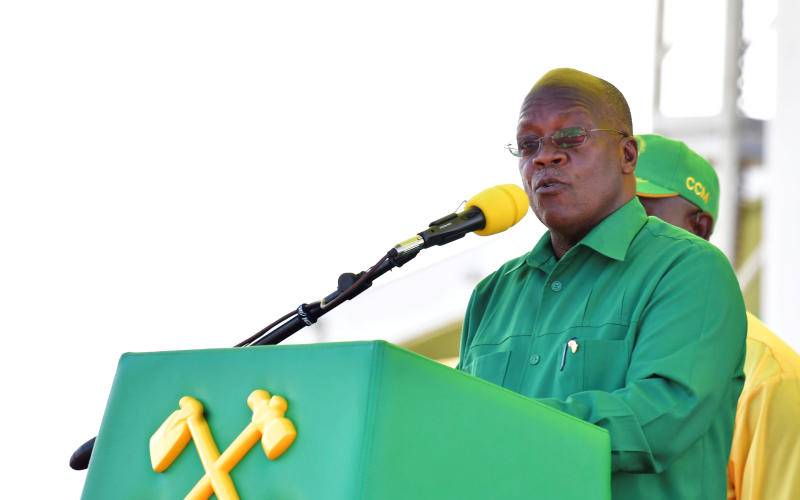 Tanzania’s President John Magufuli (pictured) was re-elected for a second, five-year term on Friday, securing a huge victory in a contest that has been dismissed by the opposition as a “travesty” due to widespread irregularities.

Magufuli got 12.5 million votes in Wednesday’s vote, or 84%, according to a Reuters calculation, more than 10 million more votes than his main challenger, Tundu Lissu of the Chadema party, who got 1.9 million votes, the National Electoral Commission said.

In his bid for a second term, Magufuli has promised voters that he will boost the economy by completing ambitious infrastructure projects he started in his first term, such as a new hydropower dam, a rail-line and planes for the national carrier.

Lissu has previously said that he will not accept the eventual election results.

The U.S. Assistant Secretary of State for African Affairs, Tibor Nagy, said on Friday, “we remain deeply concerned about reports of systematic interference in the democratic process.”

“We continue to review credible allegations of the use of force against unarmed civilians,” he said in a tweet.

Magufuli’s CCM party, a version of which has held power in Tanzania since independence from Britain in 1961, had already retained power in the semi-autonomous Indian Ocean archipelago of Zanzibar after its presidential candidate, Hussein Mwinyi, won with 76% of the vote.

Dozens of opposition party officials and members were arrested in Zanzibar on Thursday and at least one is in hospital with severe injuries after allegations he was beaten by the police, who have not commented on the incident.

The U.S. Embassy in the East African country said on Thursday there had been “credible allegations of significant election-related fraud and intimidation” in Wednesday’s vote for a president and lawmakers.

The vote was marred by allegations of arrests of candidates and protesters, restrictions on access to polling stations for party agents, multiple voting, pre-ticking of ballots and widespread blocking of social media, the U.S. Embassy said.

Officials at the electoral commission were not immediately available for comment on allegations of irregularities. On Wednesday, the commission denied allegations of fake ballots, saying they were unofficial and unsubstantiated.

Zitto Kabwe, the leader of the opposition party, ACT-Wazalendo, and Chadema’s leader in parliament, Freeman Mbowe, are among dozens of opposition candidates who have lost their seats to the ruling party.

Tundu Lissu flees Tanzania over threats to his life