South Africa to begin phased easing of lockdown on May 1 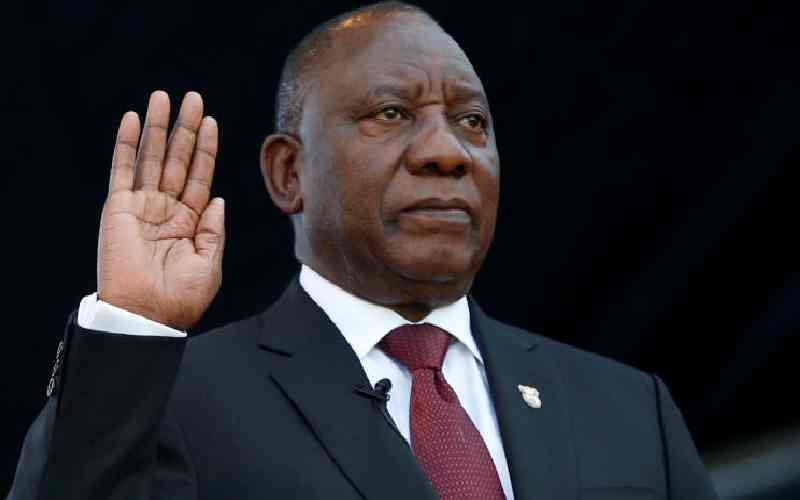 South African President Cyril Ramaphosa (pictured) said on Thursday the government will allow a partial reopening of the economy on May 1, with travel restrictions eased and some industries allowed to operate under a five-level risk system.

Ramaphosa struck a cautious tone in his second national address of the week while emphasizing that the worst of the coronavirus pandemic had yet to pass and that people needed to remain vigilant.

South Africa has spent nearly a month under restrictions requiring most of the population of about 58 million to stay at home apart from essential trips, leaving many struggling without wages and short of supplies.

“Pressures to ease the lockdown are growing on the ground but that comes against the biggest daily rise in positive cases,” said political analyst Daniel Silke.

“Politically, these are unprecedented circumstances. It’s easier to impose a lockdown but unravelling restrictions poses many more dangers,” Silke said.

Ramaphosa won wide praise for his quick move to implement and then extend a national shutdown that began in late March, but as the economic impact has deepened, criticism has grown, with sporadic protests and calls by industry to ease regulations.

Ramaphosa said the National Coronavirus Command Council decided restrictions would be lowered from level 5 - the strictest lockdown stage - to level 4 from next Friday.

International borders will remain closed while travel will be only allowed for essential services. Social distancing rules remained in place, and a government monitoring system would determine which sectors would be allowed to operate.

“We have to balance the need to resume economic activity with the imperative to contain the virus and save lives,” Ramaphosa said.

“We cannot take action today that we will deeply regret tomorrow, we must avoid a rushed reopening that could risk a spread which would need to be followed by another hard lockdown.”

The country has recorded 3,953 confirmed cases including 75 deaths with 143,570 people tested for the virus.

Thursday saw the highest one-day leap in infections with 318 new cases, though the health ministry said this was largely due to intensified screening.

Ramaphosa did not give details, as expected, on the 500-billion rand ($26 billion) rescue package he announced on Tuesday, only saying it was a priority to get the recession-hit economy restarted while ramping up testing.

The stimulus package, about 10% of gross domestic product and South Africa’s first since the global financial crisis a decade ago, includes 40 billion rand of unemployment benefits and 50 billion rand for social grants for the poor.

Previous article
Hope mixed with worry and uncertainty as football reawakens
Next article
Pregnancy made me hate my husband's voice, cooking